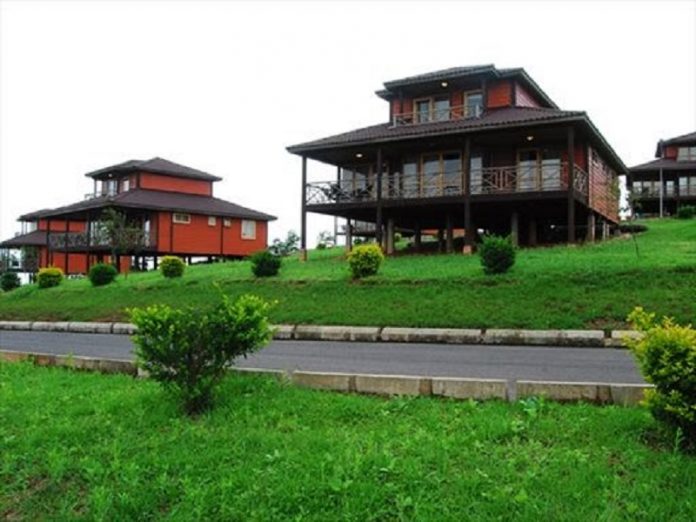 At the end of 2016, it has been seven consecutive years, after 2009 global economic and financial crisis, that global tourism has had uninterrupted solid growth. This is according to united nations world tourism organization, unwto report on international tourism arrivals. International tourist arrivals grew by 3.9 percent to a total of 1,235 million.  It was also said to be “a comparable sequence of uninterrupted solid growth which has not been recorded since the 1960s”.  Tourism revenue grew at a similar pace within the same period.  Unwto, said the complete 2016 revenue result will be published in May, 2017.

A break down by region shows that Asia and the Pacific led the growth in international tourist arrivals by +8%.  Africa enjoyed a strong rebound after two years of weak growth with +8%.  The Americas continued with a positive growth of +4%.  Europe had mixed results of +2% with double-digit growth in some destinations and offset by decreases in others. The Middle East growth was uneven at -4% with positive results in some destinations, but declines in others.

According to Unwto Secretary-General Taleb Rifai “Tourism has shown extraordinary strength and resilience in recent years, despite many challenges, particularly those related to safety and security. Yet, international travel continues to grow strongly and contribute to job creation and the well-being of communities around the world”.

The year 2017 has been designated by the United Nations as International Year of Sustainable Tourism for Development. Towards this, Mr. Rifai said “we need to work closer together to harness the contribution of tourism to economic growth, social inclusion, cultural and environmental preservation and mutual understanding, particularly when we live in times with such a deficit of respect and tolerance”.

Latest survey by Unwto’s panel of experts shows a bright prospect for continued tourist growth in 2017.  Sixty-three percent [63%] of some 300 respondents expect ‘better’ or ‘much better’ results than 2016. The panel’s score for 2017 was close to that of 2016, an indication that growth is expected to be maintained at a similar level.

Based on current trends and outlook, Unwto panel of experts on economic prospects, has projected that international tourist worldwide will grow at the rate of 3% to 4% in 2017. Europe is expected to grow at 2% to 3%, Asia and the Pacific and Africa at 5% to 6%, the Americas at 4% to 5% and the Middle East at 2% to 5%, given the higher volatility in the region.

If the progress Africa is making in tourism is broken down to countries, how would Nigeria be rated? This is given the fact that Nigeria is a country tailor-made for tourism, with estimated population of over 170 million people, over 400 diverse ethnic groups, endowed with cultural heritage, nature’s wonders, unique wildlife and favourable climate. Yet Nigeria seem to be staggering with unfulfilled dream of developing its tourism industry.

Until 1976, Nigeria had no official national tourism agency. Under decree 54 of 1976, the first national tourism agency was established — known as Nigeria Tourism Board.  At different stages in the 1990s, government began to focus on developing its tourism industry in the country.  Decree 81 of 1992, replaced decree 54, and renamed the tourism board as Nigeria Tourism Development Corporation, NTDC.  NTDC was mandated to develop, promote and market tourism both within and outside the country.

With the return to civil rule in 1999, Nigeria’s former president Olusegun Obasanjo took steps to reposition tourism to play key role in his administration’s economic agenda.  Obasanjo established the ministry of culture and tourism.  The existing Nigeria Tourism Development Corporation, NTDC, serves as tourism industry regulatory board.  Obasanjo further followed up by inaugurating a presidential council on tourism which he was the chairman. The council had the vice president, ministers and state governors as members.  Obasanjo’s drive for a viable tourism industry, led to the development of a National Tourism Master Plan in 2006.

The government identified tourism industry as one of the six priority areas for development.  According to the master plan, developing the tourism sector would alleviate poverty, generate employment and enhance the environment, culture and social issues. The master plan also identified hindrances to the development of tourism that need to be strengthened such as: federal ministry for culture tourism; strategize the weak regulatory agency and marketing approach; the commercial sector’s lack of strong single voice to articulate its needs to government; inaccessible funding schemes for SMEs for application to the tourism sector; lack of tourism development statistics; national security and transportation; among others.

Eleven years after the National Tourism Master Plan was launched, what is the place of tourism in Nigeria’s social economic life?  What would have derailed Obasanjo’s lofty plans for the development of a viable tourism industry?  Analysts and experts in tourism agree that some major issues to be addressed for tourism to flourish in Nigeria include political will, harmony and single voice on tourism development; ethnic rivalry, crime and poverty. Other factors inhibiting the growth of tourism in the country include decayed infrastructure, such as safe and motorable road network and constant electricity supply.

The situation is worsened when, occasionally, foreign missions in Nigeria issue travel advice to their nationals, warning of the danger of travelling to certain parts of the country. They are advised to avoid “all but essential travel” to certain region and large cities, due to kidnappings, armed robberies; ethnic violence; insurgence of terrorist attacks and religious intolerance.

Few years back, United State Institute of Peace highlighted key indexes for development of tourism in developing countries. It stated:  “Although often underestimated, the tourism industry can help promote peace and stability in developing countries by providing jobs, generating income, diversifying the economy, protecting the environment, and promoting cross-cultural awareness.  Tourism is the fourth-largest industry in the global economy.”

The report further stated:  “However, key challenges must be addressed if peace-enhancing benefits from this industry are to be realized.  These include investments in infrastructure and human capacity, the development of comprehensive national strategies, the adoption of robust regulatory frameworks, mechanisms to maximize in-country foreign currency earnings, and efforts to reduce crime and corruption.”

And added: “The case studies of India, Kenya, and Nigeria reveal several important points.  First, relative peace and a degree of economic development are preconditions for a successful tourist industry.  Second, although it has the capacity to help promote peace and prosperity, tourism can also cause a great deal of harm unless it is carefully developed.  Third, to deliver optimal benefits, tourism must be respectful of the environment and mindful of cultural and social traditions.  Fourth, tourism must be supported by a coherent national strategy and robust laws.”

On Nigeria, the reports, specifically, stated: “For most of its history, Nigeria has not had a national tourism strategy, and government departments overlap at the national and regional levels regarding responsibility for the sector, making it difficult to devise a coordinated plan.  The government does not even possess reliable figures on the numbers of international arrivals to, and departures from the country.  Corruption is another serious deterrent, as it undermines government efficiency, deters potential investors in the tourism industry, and scares off visitors.”

Obasanjo’s tourism development master plan pointed to the fact that tourism would have profound impact on the society, economy and environment. Socially, the immediate benefit of a viable tourism industry is creation of employment — both skilled and unskilled, with the potential to create more jobs per unit of investment than any other industry.

Economically, tourism would bring huge revenue to the center, states and local governments, as well as the private sector, through foreign revenue earnings, financial returns on investment, taxation on tourists and tourist products. On the environment, tourism when properly developed and managed, would serve as mechanism for protecting natural environments; preserving historical, archaeological and religious monuments; and, stimulate the practice of local cultures.

Nigeria can key-in into the business of tourism that is thriving globally. This requires that the country genuinely and pragmatically develope the industry. The country must not allow the structural weaknesses such as insecurity and poor leadership locked it out of the huge benefits tourism offers. The case of Kenya and some African countries that are focusing on developing their tourism industry, despite structural weaknesses, show that tourism sector remain robust in the face of challenges.

Nigeria’s present quest for diversifying its economy should move the economic management team to give deep consideration to developing the tourism industry. The economic management team and the authorities in the departments managing culture and tourism need to dust up the “National Tourism Master Plan 2006” and begin a process of reinventing the wheel of developing the tourism sector as a further means of diversifying and transforming the economy.