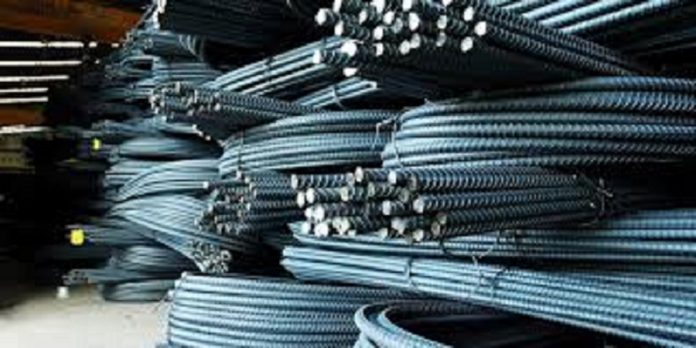 It is trending development to note that Ajaokuta Steel Mill may breathe a healthy life and return to production and generate revenue for government in no distance future.  Dr. Kayode Fayemi, Minister of Mines and Steel Development, told an audience at a two-day workshop on “Policy and Capacity Building for a Successful and Sustainable Mining Sector in Abuja, recently, that “Ajaokuta and Itakpa modification concession will form the proposed economic resources corridor for Nigeria”.  The workshop was organized by the ministry in collaboration with Australian High Commission.

Kayode Fayemi, represented by Mohammed Abbas, permanent secretary, Ministry of Mines and Steel Development said Nigerian President Muhammadu Buhari was “committed to ensure that the mining sector yield income for the nation”.  His words:  “Recently, we recorded significant development in the sector which included the activation of 0.5 percent mining sector component of natural resources fund”.

This, accordingly to Fayemi, necessitated government approval of N30 billion intervention fund for the sector. He said the present administration has a focus in diversifying the nation’s revenue base from over dependence on crude oil, which for decades, has been the mainstay in place of mining and agriculture. The mineral and mining sector has been largely underdeveloped in the past years.

Fayemi said the ministry’s organizational design needed to be redefined to enforce the mineral mining Act 2007 and associated regulations.  His words: “We are focused on creating a true career path for mining specialists and regulators to ensure that the required knowledge and priorities are on the table”.  He said Nigeria and Australia had in 2012, signed a Memorandum of Understanding covering political economic, commercial, scientific, technical and cultural cooperation.

Reviving Ajaokuta Steel Company also re-echoed in the past.  During Kogi House foundation laying in Abuja, former Vice President Namadi Sambo stated that getting the steel company back to production was a priority to President Jonathan’s administration. According to Sambo, reactivating Ajaokuta Steel Mill would enhance development in the nation’s automotive sector and offer viable socio-economic opportunities to Nigerians.  Sambo said President Goodluck Jonathan directed him to ensure speedy revival of the company.

Sambo’s words:  “Very soon, I want to assure you that the promise Mr. President made sometime in Kogi State that the Ajaokuta Steel industry will be brought back to life.  I want to categorically state that all the encumbrances that have been stopping the progress of his project have been removed by Mr. President.  He directed me as chairman of National Council on Privatization, NCP, to expedite action and ensure that Ajaokuta steel industry is back to life.”

Still on reactivating Ajaokuta Steel Company, President Olusegn Obasanjo’s administration, in the face of stiff opposition from steel workers and labour leaders, during his tenure, concession the company to Global System Steel Holding Limited, GSHL, in 2005. His successor, late Umaru Yar’adua terminated the agreement in 2008, on allegations that GIHL traded in iron ore and was making billions of naira without commitments to revitalize the company. Yar’adua set up an interim management committee to oversee the company. Again, both leaders made no remarkable progress in putting Ajaokuta Steel Company back to production line.

A technical audit report by engineers from Ukraine, according to reports, certified the steel plant, equipment and facilities to be in good condition. Ajaokuta steel plant, experts said, have the capacity of producing 1.3 million metric tons of liquid steel and serve as net provider of jobs.  The steel plant is equated with an over 105-year old steel plant in Ukraine still serviceable with minimal maintenance.

The steel plant at Itakpe, according to experts, can generate over two million jobs for youths at optimal production if properly funded. Many cottage industries would be established to make use of the by-products from the steel mill.  Indeed, putting Ajaokuta steel company back to production line would be a huge boost to Nigeria’s economy.

Attempts have been made to regionalize the neglect of Ajaokuta steel company.  Opinions have erroneously held that the abandoned project was a neglect of Kogi State, as well as neglect and marginalization of development of the Middle-Belt. What a way to rationalize the neglect of gigantic economic based national projects such as Ajaokuta Steel Company and others.

Construction of Ajaokuta Steel Company Limited began in 1979 and was commissioned in 1983 by Alhaji Shehu Shagari as president of Nigeria.  The project was then said to have achieved 95 percent completion. The light, billets, wire rods, medium section and structural mills of the steel plant were in operation.  It was anticipated that funding the five percent left for the plant’s completion would come from profit generated from the plant’s operations.

Between 1985 and 1987 four mills in the company started optimal production, but was shut down in circumstance many considered the conspiracy of international politics. Successive governments thereafter showed little interest. After about three decades of commissioning Ajaokuta Steel Company, the project has remained a shadow of itself

The wait has been on, and is still on for the reactivation of Ajaokuta Steel Company.  But exactly when this dream will be realized remain to be seen.