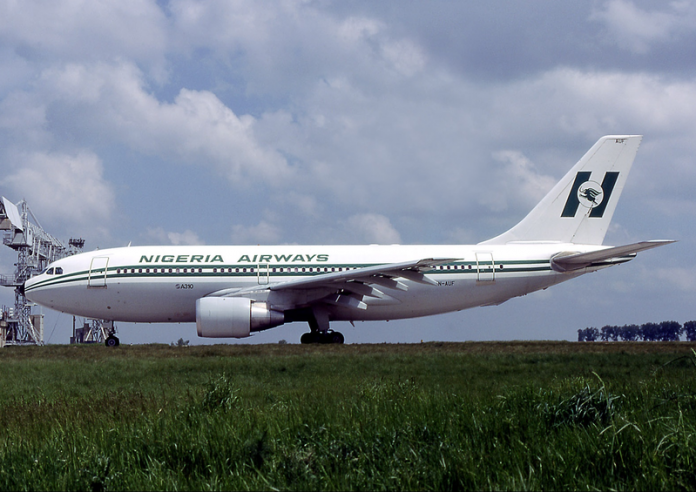 Assets Management Corporation of Nigeria, AMCON, on Thursday, February 9, 2017, announced the takeover of operations of Nigeria’s present largest private domestic carrier, Arik Air.  AMCON appointed Capt. Roy Ilegbodu, an aviation expert to manage the operations of Arik Air under the receivership of Mr. Oluseye Opasanya, SAN. Government, according AMCON, intervene because Arik Air has been immersed in heavy debt burden that has threatened to ground its operations.

AMCON said: “For some time now, the airline, which carries about 55 per cent of the load in the country, has been going through difficult times that are attributable to its bad corporate governance and erratic operational challenges. Others are inability to pay staff salaries and heavy debt burden among other issues, which led to the call for authorities in the country to intervene before the airline goes under like many before it.”

The measure, AMCON said was to sanitize the nation’s aviation sector, and enable the airline resume regular and undisrupted operations, avoid job losses, protect investors and stakeholder funds, and ensure safety and stability in the already challenged aviation sector.

Nigeria must, however, not return to the regrettable past when its national pride, once a flying elephant, later an eagle, Nigeria Airways, which according to former President Olusegun Obasanjo, had 32 aircrafts when he left office as military head of state in1979.  Twenty years later, in 1999, when he returned as civilian president had only one aircraft flying in the fleet.

Obasanjo liquidated Nigeria Airways Limited in 2003, on grounds of what he described as “utter corruption, forming various dubious companies which were used as conduit pipes to siphon funds from the airline under the guise of servicing and maintaining what was left of the aircrafts” by the Board of Directors and managements of Nigerian Airways.

One of the very grave implications of the liquidation of Nigerian Airways Limited is the gross capital flight in the aviation sector. Foreign airlines are making huge financial returns, fleecing Nigerian air-travelers in various guises. Business investors and financial analysts continue to restate that the liquidation of Nigeria Airways, which was a national pride, established in 1958, two years before Nigeria gained independent, on the ground of corruption and mismanagement levied against the board of directors and management should have been the last resort.

During his tenor, Mr. Babatunde Omotoba, aviation minister 2009, while speaking at the opening of a one-week training programme for aviation journalists, organized by Nigerian Civil Aviation Authority, NCAA, in Zaria, Kaduna State, disclosed that foreign airlines operating in Nigeria repatriated about $30 billion dollars  yearly to their home countries as business proceeds. This figure was over Nigerian government annual budget at that time.

Aviation industry analysts have argued that given new entrants of foreign airlines in Nigeria, the amount being repatriated to their home countries would have doubled.  Countries that are experiencing economic recession have national airlines that have become strong income earner for their countries. A good number of such national carriers, such Egypt Air, Ethiopian Airline, Kenyan Airways, South African Airways, among other have continued to operate in Nigeria after the death of Nigerian Airways.

Stella Oduah, one time minister of aviation, while meeting with representatives of some foreign airlines operating in Nigeria, during her tenor, accused them of “ripping off Nigerian passengers through fake promotions and other sharp practices.” She said airlines embarked on media campaigns without obtaining mandatory approval from Nigerian Civil Aviation Authority, NCAA, as well as factoring all kinds of illegal fees into tickets prices.

Before Oduah, other cabinet ministers on aviation had running battles with foreign airlines for exploiting Nigeria and Nigerians on international routes. Femi Fani-Kayode described as “insensitivity” the conducts of foreign airlines, especially, British Airways, the maltreatment of Nigerian passengers travelling on foreign airlines.

It was confrontation of some sort between Obasanjo and Olu Bajowa (rtd), one-time managing director and sole administrator of Nigeria Airways on the liquidation of the airline during a book launch in 2012 titled “Nigeria Civil Aviation: Decade of Safety and Passengers Comfort Development” at NCAA training center, Murtala Muhammed International Airport, Ikeja. Both Obasanjo and Bajowa were guests at the book launch. While Obasanjo justified the liquidation Bajowa disagreed.

Bajowa said “With the benefit of hindsight, however, I still cannot understand the wisdom or decipher the rationale behind the liquidation and eventual sales of Nigeria Airways. As a former managing director/chief executive officer and sole administrator of the airline, I can say authoritatively that the airline had enough assets in Nigeria, across the West Africa sub-region, Central and East Africa, the United States of America and Europe, particularly the United Kingdom, to offset whatever volume of liabilities it purportedly incurred.

Bajowa believed that the foreign exchange generated from bilateral air services agreements could have been used as subvention from the ministry of aviation to help bail out Nigeria Airways from its indebtedness. At worst; it could have entered into business and operational partnership with mega airlines, such as British Airways or any other credible world airline.

He said “There is no doubt that the airline business is capital intensive and foreign input driven, yet several African countries have continued to sustain their national carries because of national pride, notwithstanding the cost; Nigeria, the giant of Africa, has killed and buried its national carrier. A good number of African national carriers are still operating to Nigeria include Egypt Air, Ethiopian Airways, Kenya Airways and South African Airways, among others”.

Obasanjo, on his part said Bajowa got it wrong.   He said he did not owe Nigerians a national carrier, but a means of air transportation.  And that Nigeria Airways had one of the worst boards of directors in the history of any government agency in the country.

Obasanjo’s words “You will be an irresponsible leader if you have a situation like that and you don’t do anything about it, and I did something about it.  What I owed Nigeria was for them to be able to move from point A to B.  The airlines we have today in Nigeria are owned by Nigerians.  Nigeria Airways was a den of corruption, including the entire aviation sector.”

The operational indebtedness of Nigeria Airways Limited was put at $65 million in 2002. Obasanjo’s government, the international finance corporation [an arm of the World Bank], the Ministry of Aviation and other stakeholders in aviation sector proposed revamp solutions to Nigeria Airways Limited. They included recapitalization, commercialization and privatization, and liquidation.

Recapitalizing would have meant that Obasanjo’s government injected funds into Nigeria Airways Limited to clear its indebtedness and re-equip the airline with new, efficient and modern aircrafts for domestic, regional and international flights. This option was rejected by the government because it was divesting its investments in most public agencies.

Obasanjo opted for commercialization and privatization. Dr. Kema Chikwe, Aviation Minister at that time, attempted to transfer the assets of Nigeria Airways to a proposed new national carrier, Air Nigeria. Government was to have held an equity share of 51 per cent and a United Kingdom portfolio company 49 per cent. There were public outcry on this proposal and the government dropped it.

A similar move to float a new national carrier hit the rocks because a Swiss company and some Nigerian business men behind the project could not secure the air operators certificate before the proposed take-off date.

South Africa Airways was on the queue. It was to have 30 per cent equity after an exercise considered transparent.  The offer was withdrawn following disagreement on Obasanjo’s condition that Nigerian investors be given the right to own 10 per cent equity in South Africa Airways in the privatization.  The privatization also had Virgin Atlantic as strategic investor in the national carrier.  The terms for Virgin Atlantic coming in as investor were rejected by coalition of protest against the proposal. Finally, government took the option of liquidating Nigeria Airways.

No Nigerian indigenous airline, after the liquidated Nigeria Airways Limited, has matched or come close to the standards set by Nigeria Airways Limited. Aviation industry watchers observed that granting multiple designations to foreign airlines and indiscriminate multiple landing rights granted foreign airlines with the approval and licensing by the ministry of aviation were not good deals.  These concessions boost the profit base of foreign carries. .

By 2014, the growing reputation of Ethiopian Airline was gradually making it Africa’s most reputable and prestigious airline.  Ethiopian Airline had in its fleets aircrafts equipped with state-of-the-earth and modern technology, providing unique services to more than 80 international destinations across five contents and commands the largest share of pan-African passengers and cargo network. The airline services span close to seven decades.

With oil on the decline in funding national budget in Nigeria, the economic diversification drive of the present administration, should take another look at the Nigerian Aviation sector.  An in-depth analysis of the sector with the view of reactivating a national carrier becomes imperative. No half measures should be taken in this direction.  All efforts should be holistic and experts should be involved dealing all aspects of the matter.