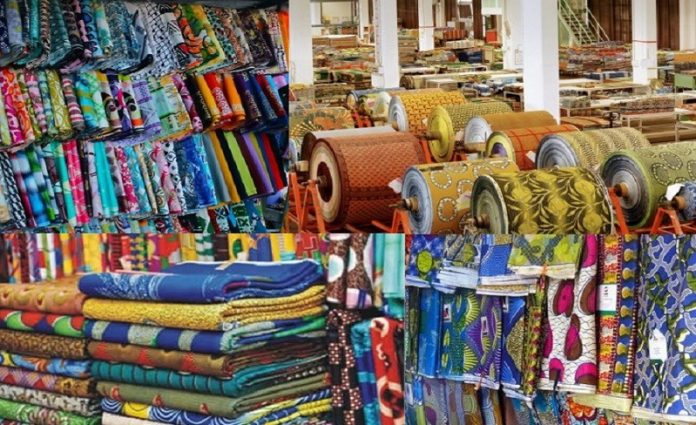 At the Cotton, Textile and Garment Stakeholders’ Forum, held recently in Abuja, Acting Managing Director, Bank of Industry, Waheed Olagunju, said Central Bank of Nigeria has introduced a N50 billion intervention facility to revive the Cotton, Textile and Garment sector. The intervention funds would facilitate takeover of the existing debts and provide additional long term loans and working capital to existing companies in the sector.

According to the BOI Boss, the bank has so far approved loans of over N50 billion comprising debt takeover, term loan and working capital to 40 beneficiaries across the value chain in line with CBN guidelines on the fund. He said: “A total of N13.37 billion released by CBN has been disbursed to the various beneficiaries as at September 30, 2016”.

Olagunju urged the forum to focus on proffering pragmatic solutions to the challenges facing the CTG sector. He said this will foster mutually beneficial relationship, networking and knowledge sharing among stakeholders on the current and future trends in the cotton value chain in Nigeria and around the world.

The CBN intervention fund would re-finance the current debts of manufacturing sector and make available additional working capital to the sector.  It would also provide additional funds to kick start operation, keep operation going and most importantly, assist the industry to retain the staff they have and possible employ more. Olagunju said more intervention would be needed to enable the private sector overcome the challenges of economic recession such that Nigeria was going through.

In 2009 Nigerian government approved and authorized the Debt Management Office to issue a long-term bond for N100 billion to BOI at a coupon rate of five percent for lending to businesses in Cotton, Textile and Garment sector.  The Bank of Industry also approved loans to 70 projects valued about N60 billion under the cotton value chain. And in October 2013, the government converted the loan to equity, which assisted the bank to restructure the loans by tenor elongation and reduced the interest rate further to four percent.

Hajia Aisha Abubakar, Minister of State for Trade and Investment said government was making efforts to transform the cotton, textile and garment sector by 2018.  She the Cross River garment factory had the capacity of employing over 3,000 workers per shift and government would do everything possible to create employment for its youths. Abubakar’s words:  “I want to assure you that we are working out something to move the industry forward; by 2018, there will be change in the DTG sector”.

The dwindling fortunes of the textile industry have been of grave concern to players in the sector. Comrade Issa Aremu, Vice President Nigeria Labour Congress, NLC, in October 2014, told newsmen in Ilorin, capital of Kwara State, Nigeria, that N300 billion worth of textile and garments were imported into the country annually without payment of duties and taxes to government. Also that 90 percent of textile products in Nigerian market were smuggled goods.

To Issa Aremu, “It is sad to note that the federal government had talked about a new textile policy since February 2013, but there had been no progress on this policy initiative to critically turn around the fortunes of the sector.” He said the situation aggravated unemployment in the country and warned that unless effective steps were taken by government to reverse the decline in the textile industry, the gains achieved in 2010 would be lost to the nation.

Early in 1990s, Nigeria’s textile empire began to decline.  By 1994, unfavourable economic environment due to unstable polity in the country resulted in high production costs. Further consequences of the situation in the country were deteriorating infrastructure, taxes, levies and massive smugglings of textile products.

In 1997, the ban on importation of textiles was lifted. The government paid deaf ears to sustained calls by industry players and well-meaning Nigerians to reverse the decision to lift the ban.  Few years after lifting the ban on textile products, several companies in the sector closed down. Thousands of jobs were lost.  Key textiles companies were extinct, such as Aba Textiles, Asaba Textile Mills, Arewa Textiles, Five Star, Gaskiya, Haffar Industrial Company Limited, Speco Mills, Zamfara Textiles, Milet Nigeria Limited, among others.

Trade and Investment Minister during President Goodluck Jonathan’s government, Olusegun Aganga, in February 2013 gave indication that the Cotton, Textile and Garment, CTG fund had positive impacts on the textile industry.  He said that the textile industry had saved 8,070 jobs, also that the sector had no fresh cases of closures.

At the Kaduna International Trade Fair in February 2013, Indian Deputy High Commissioner to Nigeria, Suresh Bakhijani, stated that Nigeria imported textile products worth $138 million, equivalent of N21 billion within one year from his country. It could be imagined what the import volume of textile from countries such as China, Indonesia, Taiwan and Dubai would be.

Textile industry in Nigeria belongs to first generation industry and was rated third largest in Africa, next only to Egypt and South Africa. The Kaduna Textile Limited, KTL, was established in 1957, and Nigeria Textile Mills, NTM, Ikeja, Lagos, established in 1962, were the oldest.

Textile industry watchers, believe the major way to address the problem of the sector should include importations of raw material, such as cotton, dyes and chemicals. They assert that if adequate attention is given to the textile industry, it remain a very viable means to grow the economy and open up vast employment opportunity.

With dwindling oil revenue and depressed economy, the present government needs to give deserved attention to the textile industry in its diversification of the economy. Funding the sector is inevitable, in addition to stem the impact of importation and smuggling of textiles into the country.

Textile industry sector stakeholders and watchers believe that the industry has the potentials to contribute to gross domestic product, GDP, greater than the banking sector if due attention is given to the sector.