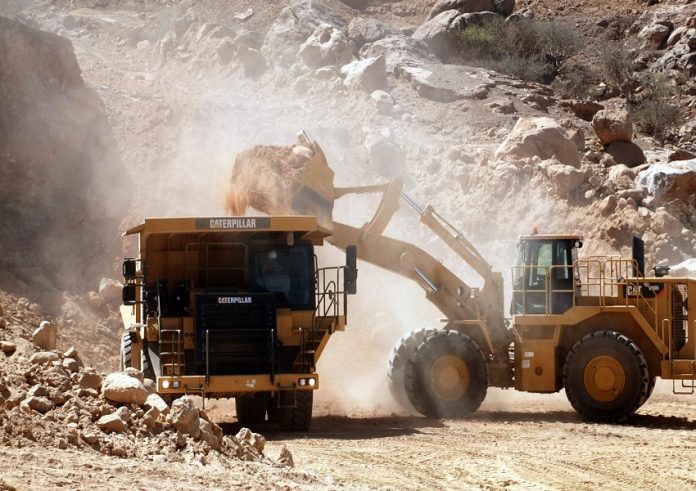 They agreed that it was a giant stride and pragmatic effort to grow and diversify the nation’s economy.  They believed the roadmap will tackle some challenges facing mining operations such as inadequate geosciences data needed to facilitate comprehensive minerals exploration by the private sector.

Musa Sada, then Minister of Mines and Steel Development said the ministry would ensure that the solid minerals sector was re-positioned to provide job opportunities for the youth.  He said the policy thrust of the roadmap entailed import substitution, job creation and promotion of modern mining practices, among others.  The roadmap would increase per capital consumption of steel, provide legal and regulatory framework for the metals sub-sector, and guarantee transparency in the grant of mining titles and permits.

It was envisaged that four foreign companies would begin mining of gold and iron ore in Kabbi, Osun and Kogi States.  It was also believed that more than 20 foreign companies from Australia, Canada, United Kingdom, Italy, China, Republic of Niger, India, South Africa and Ukraine had obtained exploration licenses to carry out solid minerals exploration across the country.

The administration of President Buhari has made few policy pronouncements on developing the mining sector as veritable means of diversifying the economy. One of such latest pronouncements was the plan to inject N30 billion intervention funds in the mining sector. Mining companies, especially, large scale operators have been requested to take advantage of the N30 billion intervention funds for mining exploration planned by the government.

Dr. Kayode Fayemi, Minister of Mines and Steel Development stated this in Abuja, recently, when he received, in his office, members of Allied African International Mining Company.  He said government was committed to assist large scale operators through the intervention funds approved for exploration in the industry by the government.

His words: “The government is interested in partnering genuine private mining operators to achieve the mandate of making Nigeria a mining destination”.  He said mining was capital intensive and long term project that required patience to reap the benefits.

Related to this is the request by mining sector stakeholders that the Ministry of Mines and Steel Development should channel the N30 billion intervention funds to include providing credible mineral data base. This was part of the communique at the end of the 2016 Mining Week held in Abuja.  The stakeholders stressed the importance of transparency in utilizing the funds.

The stakeholders recommended that the fund should be channeled through development institutions rather than commercial banks and called on local and international financial institutions to provide the sector intervention fund at single digit interest rate for longer period. They acknowledged the importance of reliable and authentic mineral data in the development of the sector and urged relevant authorities to collaborate to achieve the objective.

On Artisanal and Small Scale Miners, ASM, who presently dominate the operations in the sector, the stakeholders called for recognition and formalization of the activities of ASM in order to regulate and build capacity. Stakeholders said if ASM were not supported, their activities could frustrate and threaten the full actualization of the sector’s potentials, health, safety and the environment.

During the inspection of a mining site at Muye Kafinkoro in Piako Local Government Area of Niger State, Kayode said government was developing a framework to legalize artisanal mining in the country.  His words:  “We will encourage them to register, so that government can come to their aid in the area of capacity raining, modern equipment and financial assistance to enable them excel in their business”.

Kayode said it was necessary for miners to organize themselves into cooperative groups to benefit from various interventions of government to boost the sector. He said mining licenses would be issues through the cooperatives. The registration of cooperatives would allow the miners to be engaged by registered mining companies to earn decent income.

Mining sector stakeholders also highlighted the negative impact of poor infrastructure on the growth of the sector and requested government to provide critical infrastructure such as road, rail and port facilities.  The role of state governments was identified and called for mutual collaboration among federal, state governments and the mining investors. They noted the needs and expectations of communities in mining areas and urged an all inclusive strategy in community engagement to cater for their interests.

The stakeholders applauded the roadmap for minerals development and said it should form the basis for a robust development of the sector.