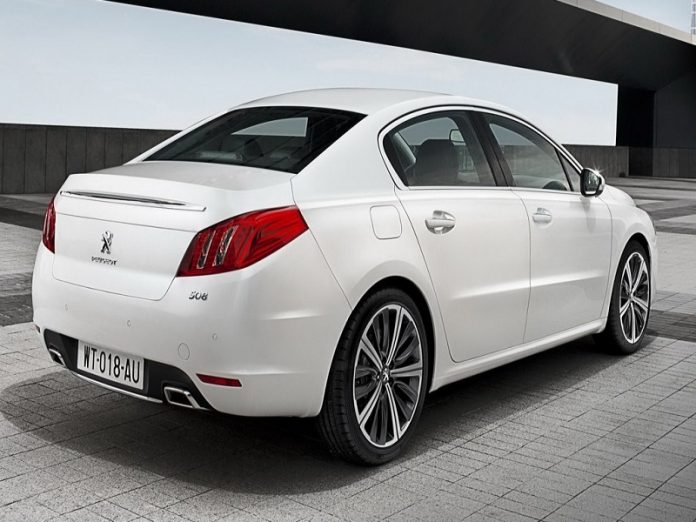 Peugeot Automobile Nigeria, PAN, producers of Nigeria’s, once most prestigious and most sought after brands of cars, may be on the way to reclaim its past pride as leading automobile brands in the country.  PAN, survived the death of first generation Auto Assembly Plants in Nigeria due to what it described as the “dogged interest exhibited by its technical partners, Automobile Peugeot of France, APF”, and the intervention of Nigeria’s Assets Management Company, AMCON.

Nigerian government in 1972 established Peugeot Automobile Nigeria, PAN, as a joint venture automobile business with Automobile Peugeot of France. In 1995, the factory in Kaduna was commissioned and production began the same year. Between 1970s and 1990s, Peugeot brands were the official and regular car brands of Nigerians. At PAN’s peak production in 1981, it was producing 160 cars per day.

Today, the plant has capacity to produce 250 vehicles a day and assembly two models Peugeot 301 [four variants] and 508 [two variants]. PAN says it relies on large pool of local content, both material and human, for the production of vehicles. All built and maintained to the highest international standards in automobile manufacturing, and this has contributed to the industrial sector.

PAN has network of nine accredited dealers and after-sales points that provide modern vehicle services in some states of Nigeria. It has plans for three additional modern Peugeot Service Points to broaden its customer reach to Peugeot users.

In addition, PAN has licensed Learning Centre.  In 2000, the centre commenced training programme to empower youths to become entrepreneurs and skilled professionals in the industry.  Over 600 people have benefited from this programme which is in collaboration with NECA and ITF.

PAN, along with other motor assembly companies shut down production in Nigeria due to unfavourable business environment. It fully returned to the country when the government of former President Goodluck Jonathan announced Nigeria’s Automotive Industry Development Policy in October, 2013. The effective date for take-off of the policy was July 1, 2014.  The government later shifted the commencement date to January 1, 2015.

At the 9th Lagos Motor Fair and 3rd Autoparts Expo, held at Federal Palace Hotel, Victoria Island, Lagos, in May, 2014, PAN’s Chief Executive Office, Ibrahim Boyi, announced that the company would begin assembly of cars in its plant in Kaduna in June, 2014. By 2015, PAN would begin full CKD assembly that would generate local content.

He further said PAN would employ more people; expand its distribution and sale network and work hard to regain its customer base it lost when the company went under, “all of these will bring opportunities for more people.” As at 2013, PAN had 300 staff and production projection was under a thousand cars.

Looking ahead of PAN’s plans, Boyi said: “It will start to bring those benefits back to Nigeria. The objective of the new policy is to encourage local production, local development of skill and manpower for employment and creation of local opportunity.”

Boyi’s words:  “So we are fully in support of the policy and we want to assure everybody, including those who may not like the policy, that the policy will only do one thing, naturally help improve the Nigerian people.  Despite all the opposition and the fear that the policy will generate, we will be able to create more opportunities for our people and all will translate into better and cheaper products.”

Nigeria’s present government has expressed delight over the interest generated by Nigeria’s Automotive Industry Development Policy and the quality, standard and beauty of Peugeot vehicles now on offer to customers in the country. Vice President Yemi Osinbajo stated government’s position when PAN’s management paid him a courtesy visit in Abuja.

He assured PAN’s management of President Muhammadu Buhari’s administration’s support. So far, the policy has attracted about 15 automobile companies into the country. Vice President Osinbajo said: “Peugeot has an advantage over all the assembly plants in Nigeria, because you started the assembly plant with government many years ago.”

PAN’s Managing Director Ibrahim Boyi, told the Vice President that “We have no doubt on your commitment; we have no doubt on your ability to deliver.  We also have no doubt that your election will certainly give Nigerians new lease of life and opportunities.  We will continue to pray for your success to enable this administration meet the lofty expectations of the masses.”