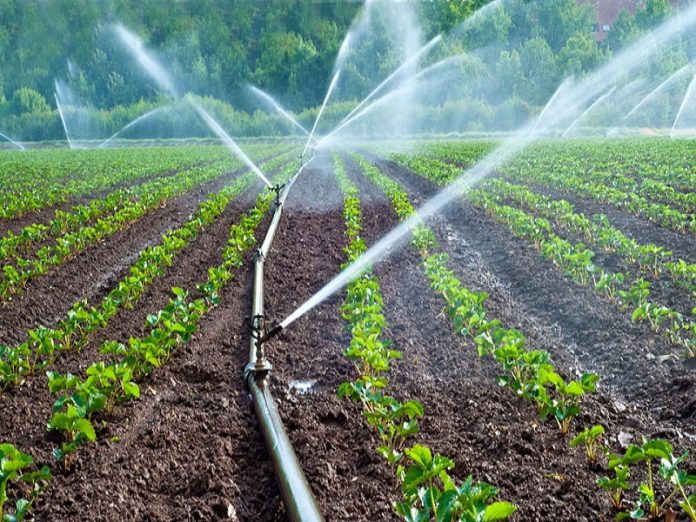 On the sideline of the sixth Tokyo International Conference on African Development, TICAD VI, held in Nairobi, Kenya, in 2016, Nigerian President Muhammadu Buhari said African countries had a lot to learn from Japan on ways to develop agriculture. He said his government would sustain concrete measures to diversify the economy by devoting more resources to agriculture in 2017 budget.

Buhari’s words:  “This year [2016] in Nigeria, we started an aggressive farming programme that entails organizing farmers into cooperatives in the second and third ties of government.  We intend to put more resources in our 2017 budget, especially, in the procurement of machinery for land clearing, fertilizers, pesticides and training of less-educated farmers as farmer extension instructors.”

And added:  “We have already registered some success this year [2016] in a number of states.  We identified some 13 states that will be self-sufficient in rice, wheat and grains before the end of 2018.  We are very positive that soon, we will be able to export these food products.  We are also lucky that the farming season in the northern part of the country has been very good and we are expecting a bumper harvest this year [2016].”

The President’s statement was made seven months ago in 2016, in Nairobi, Kenya.  If President Buhari or his ministers in the Ministry of Agriculture were to give an update on the government’s commitment to developing the agriculture sector in March, 2017, what would they be reporting as progress made?

Would the progress be, as Heineken Lokpobiri, Minister of State for Agriculture said, during a recent tour of Atlantic Shrimpers Limited Shrimp Farm in Badagry, Lagos, that government was setting up modalities for Nigerian farmers to get Global Good Agricultural Practices [GlobalGAP] certificate to enable the country export agro allied products to Europe and United State of America?

Certifying Nigerian farmers with Global Good Agricultural Practices, GlobalGAP, to enable farmers export agro products to other countries and initiating strategic policy framework to stabilize import substitution so that agric and allied products are sufficiently available to the country’s teaming population of consumers, before export – which comes first?

According to Lokpobiri, government has inaugurated inter-ministerial committee with mandate to work out modalities for Nigeria’s attainment of certification to enable farmers export agro products. GlobalGAP certification is granted producers after undergoing voluntary audits that authenticates that crops are produced, packed, handled and stored to ensure food safety from microbial hazards.

Presently, Nigeria spends billions of USD dollars importing agro and allied items into the country.  These are items produced in large quantities in the country.  sWould government be export focused on these items when Nigerians cannot afford or have them for regular meals?

Nigeria seemed to be producing over 65 percent of tomatoes in West Africa, yet, the largest importer of tomatoes paste.  Nigeria is the largest producer of Cassava in the world; yet, the country has gone into importation of Garri, a staple food for the common populace, and so forth.

Presently, staple food items such as rice, garri, beans, maize, yam, potato, plantain, fish, meat, among others, are out of reach.  Is Nigeria not producing enough of these items? That been the case, could not the priority of government be to ensure its citizens have enough and are affordable to meet the demand of its teaming population, before it steps-up effort toward exporting agro allied products.

The painful experience of economic recession Nigeria has been going through about two years now and the very challenging task of ensuring the country earn dollars through other sources, should not drive government policy makers to adopt wrong approach to addressing core issues aimed at resolving challenging situations the country is presently facing, such as diversifying the Agriculture sector as key revenue earning to government.

As Lokpobiri rightly noted, government failed to address key issues in agriculture sector in the past.  The renewed commitment of government to the sector to ensure the country attains self-sufficiency in food production and for export, should be strategically and holistically articulated. No half-way measure can move the country to attain food sufficiency for its people and for export to other countries in the nearest future as being projected by government.

Of note was that Lokpobiri’s visit to Atlantic Shrimpers Limited Shrimp Farm in Badagry, Lagos was rewarding.  Mr. Kamlesh Kabra, Managing Director, of the company told the minister that the company exported about $4 billion shrimps in 2016. With favourable operational environment and support from government, Kabra said the company plans to improve on 2016 export in the current year 2017.

Kabra further stated that Atlantic Shrimpers farm in Badagry, Lagos, offered 400 direct and indirect jobs to Nigerians. In Quarter 3 of 2016, he said Shrimp and Prawn exports topped agro export, representing 37.2 percent of agricultural exports for the same period, given the recent foreign trade breakdown on Nigeria’s GDP by National Bureau of Statics, NBS.