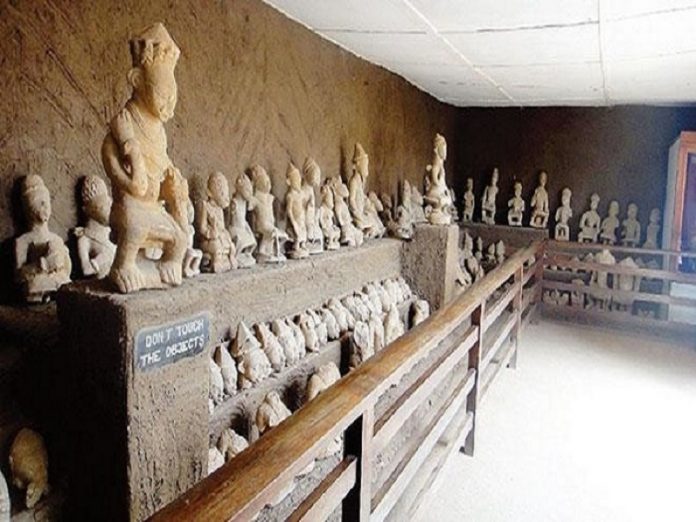 Kwara State government, private sector investors in tourism and stakeholders could be digging goldmine if they take advantage of what nature has endowed the State by investing in tourism.  The people of this north-central State of Nigeria – Fulanis, Nupes, Barubas and Yorubas — about 2.5 million people — enjoy rich cultural heritage. Noteworthy is that almost each of the 16 local governments of Kwara is endowed with tourist attractions.

It has been strategic agenda of Kwara State government to develop tourism through private sector partnership to enhance revenue generation, job creation and youth empowerment. The government plans to package cultural activities in the state to major tourist attractions, and place the state as tourist destination in tourism world map.

At the 8th National Council On Tourism, Culture And National Orientation meeting hosted by Kwara State government in August 22nd – 24th 2012, with the theme “Leveraging Tourism, Culture and National Orientation, For National Peace And Unity”, Kwara State government showcased its rich, multicultural and diverse people, nature’s gift of resources in culture and tourism, in the 16 local governments of the State.

Notable tourist sites in Kwara State are the national museum and the legendary Esie Stone images. The museum is one of the oldest in the country and reputed to have the highest collection of soap stone images in Africa. Established in 1947, by the colonial government, the museum houses 1,500 soap stone images that were introduced to the public in 1933, by Church Missionary Society, CMS.

A tourist delight in Kwara State is the Owu Falls. It is referred to as “Wonder in the Wilderness”.  The water from Owu Falls, come down from the height of about 120 meters above sea level to form ice-cold water pool at the base. On the base of the water falls are delightful features. The water is surrounded by green vegetation and glitters on the reflection of sun-ray. Owu Falls is about 109 kilometer from Ilorin, the state capital and located between two villages – Owa Kajola and Owa Onire of Ilere District in Ifelodum local government.

Among other tourist attractions are Oloroke Hill [Eruku], Ijoko Falls, Aise Falls and Atti Falls. There is the Wood Caving Center [Osi], Apo Olori [Isolo-Opin] and Archaeological Site [Obbo].  In particular, is the excavation of the archaeological site of Obbo, said to have been excavated once, and showed artifacts of indigenous technology of Obbo people.

Kwara state people have unique festivals; such as Pitigi Regatta initiated in 1993.  The festival features fishing and swimming competitions, and canoe paddling among the Nupes, similar to the Argungu fishing festival in Kebbi state. There is the Gani festival of “Royal Recognition” held annually among the Bokobarus of Kaiama and the Baatonus of Baruten land.  Among others are Agan festival, Epa festival, Awon mass wedding festival, Ikan festival and Moremi festival.