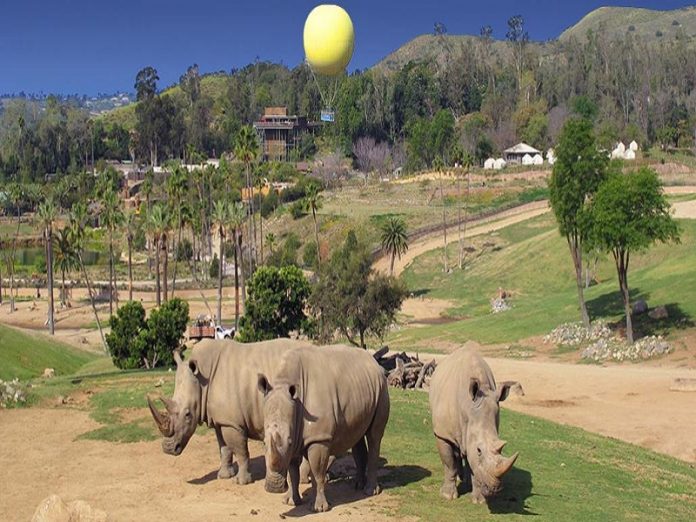 A tourist holiday in Nigeria, a country of 36 States federation and capital in Abuja, inbuilt with distinct natural tourist attractions and sites — from Badagry and other beaches in Lagos to Obudu Resort in Calabar, Cross River State; the Mammbilla Plateau, and the uniquely protected game reserves in Yankari, Bauch State; Omomu in Edo; Gashaka-Gumti National Park in Adamawa and Taraba; Cross River National Park; and Omo Forest Reserve in Ogun States, would be desirable and pleasant.

On focus in this report is Nigeria’s wildlife in the various protected game reserves – how safe are they?  In 2004, International Union for Conservation of Nature, IUCN, released “Red List of Threatened Animals”.  Nigeria has many of the endangered species listed as vulnerable; and a signatory to the Convention on International Trade in Endangered Species, CITES, of Wild Fauna and Flora.

According to the UN, in the past four decades, over half of all wild animals and plants have been lost because of habitat loss, climate change, over-exploitation, poaching and illicit trafficking. Nigerian Conservation Foundation, NCF alerted on the high level of poaching at Yankari Games Reserve, and warned that if not checked, the reserve would be empty of animals.  The foundation stated that elephants, roan, waterbuck and buffalo meats were freely found in surrounding markets of Yankari.

In 2003, Two gorillas illegally trafficked into Nigeria were intercepted in Kano.  The two gorillas were sent back to Cameroon and international and local conservationists criticized Nigeria for not adequately enforcing the CITES convention. In 2008, Nigeria was suspended from the Convention on International Trade in Endangered Species, CITES.

Acknowledging the important part of wildlife is in human lives, the world, on December 20, 2013, under the United Nations, rose in once voice to proclaim March 3, the day of Signature of the Convention of International Trade in Endangered Species of Wild Fauna and Flora, CITES. Beginning in 2013, each year on March 3, becomes UN World Wildlife Day.   The day is used to celebrate and raise awareness of the world’s wild animals and plants.

March 3, 2017, World Wildlife Day was celebrated with the theme: “Listen to the Young Voice.”  The UN chose the theme in recognition that almost one quarter of the world’s population is aged between 10 and 24 years, and to use the youthful voices, energy and vigor to drive its campaign to protect wildlife.

The UN stated:  “World Wildlife Day encourages youth around the world to rally together to address ongoing major threats to wildlife including habitat change, over-exploitation or illicit trafficking.  Youth are the agents of change. In fact, we are already seeing the positive impacts on conservation issues made by some young conservation leaders around the world.  If they can help make a change, you can too!”

UN Secretary-General Antonio Guterrers in his message said:  “Poaching and illegal trafficking pose a significant threat to wildlife, especially some of the world’s most iconic and endangered species.  Strict enforcement of laws is important, but so too is awareness.  As consumers, we have the power to demand that all wildlife products come from sustainable sources.  I particularly appeal to young people to protect their inheritance by becoming informed and acting to protect wild animals and plants from the threat of extinction.”

Nigeria’s Amina Mohammed, Deputy UN Secretary-General said:  “Over the past four decades, half of all wild animals and plants have been lost because of habitat lose, climate change, over-exploitation, poaching and illicit trafficking.  Around the world, young people are playing an increasingly important role as responsible consumers and future conservation leaders to reverse this trend. On this fourth World Wildlife Day, I encourage people everywhere to stand up for the world’s wildlife and work for a better world, where all can life in peace and prosperity on a healthy plan.”

CITES Secretary-General John Scanlon said:  “World Wildlife Day is a very special day on the United Nations calendar.  It raised awareness of wildlife conservation and it helps to galvanize national and international action.  It is today the world’s most important global annual event dedicated to wildlife.”

Convention on Biological Diversity’s message states:  “Curbing overexploitation of wildlife depends on education, awareness-raising and community involvement.  The urgent challenges that we all face in maintaining biodiversity worldwide requires that indigenous peoples and local communities are empowered to act at the national and local levels and that assistance from the international community can contribute to achieving this.”

Nigerian experts in environment said adequate protection should be provided for what is left of the wildlife, especially elephants and gorillas. Government should take steps to delist Nigeria from the list of major players in illegal trade in endangered wildlife.

Law enforcement agents, officials managing parks in the country should all live up to their responsibilities to protect wildlife within the framework of the present relevant laws. There would also be need for proactively engage stakeholders to keep up with the pace of protecting wildlife.

Nigeria’s economic diversification drive may be looking at developing tourism to earn income for governments at the center, state and local levels. Government should take every necessary step to protect wildlife in the country. The Wildlife Act should be review to protect endangered species.

According to the UN “It is also up to every citizen, young and old, to protect wildlife and their habitats.  We all have a role to play.  Our collective conservation actions can be the difference between a species surviving or disappearing.”

Working across generations for wildlife conservation should be everyone’s interest. It will benefit economies, the people, as well as wild animals and plants.