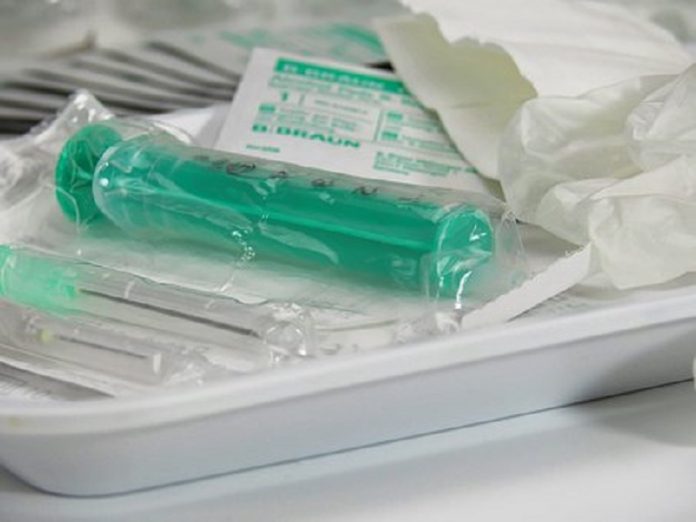 Could Isaac Adewole, Nigeria’s Minister of Health be a game changer?  Or could hope of a new dawn be underway for the production of local vaccines in Nigeria? Under his watch, the government of Nigerian announced a joint venture deal of N2.6 billion between the government and May & Baker for local production of vaccines.

The big story made major headlines in the media after the federal executive council meeting, Wednesday, May 30, 2017. Producing vaccines locally would enable the country be less dependent on importation of medicines and vaccines; and improve response time to viral and infectious diseases, especially, in emergency situation.

According to Isaac Adewole, between 1940 and 1991, Nigeria was not only producing smallpox, yellow fever, and anti-rabies vaccines, but was exporting to Cameroon, Central African Republic and few other countries.  In 1991 the vaccines production laboratory stopped working when government planned to reactivate and upgrade the facility, which did not take place till now.

Adewole said:  “What council did today was to put live into this joint venture agreement that proposes to establish a company called Bio-Vaccines Limited, which will be jointly owned by the Federal Government of Nigeria and May & Baker Plc,

He added:  “We have considered vaccines production as a security issue, it is not only health but we need to consider the security of all Nigerians, particularly our children.  So, with this agreement, we will be able to produce those vaccines and from 2021 and beyond, every other vaccine that is necessary will also be out for administration to Nigerians.”

Adewole is right.  It goes beyond vaccines production, but health security.  Vaccines imported into this country cannot be guaranteed of their efficacy.  Some may have expired, but relabeled to meet current demand.   Some may be substandard.  Nigerian government seems not to have the best monitoring system to ensure that the most current and most standard medicine are imported into the country.  Health security in connection with medicines and vaccines imported into the country cannot be guaranteed

Isaac Adewole said government is using its existing facility at the Federal Vaccines Production Laboratory in Lagos as it equity. The facility has been valued by Federal Ministry of Works and Housing at N1.27 while May & Baker will put in N1.3 billion in keeping with 51 percent and 49 percent equity sharing. The initial capital is N100 million.

An elated Adewole said:  “We are quite happy that today it has taken place and we believe that Nigeria has started a journey to vaccines security.”

The steps by Nigerian government to begin the production of local vaccines are crucial to healthcare delivery in the country.  Both for adult and children, vaccination protects from serious illness and complications of vaccine-preventable diseases.

In Nigeria, vaccine preventable diseases, such polio, measles, smallpox, yellow fever, anti-rabies, whooping cough and meningitis, among others are prevalent.  Presently, Nigeria is grappling widespread outbreak of meningitis.  Nigeria Centre for Disease Control, NCDC, recently, put the figure of deaths from Cerebrospinal Meningitis at 1,114 since it was first reported 22 week ago in the country.

NCDC said the disease has spread to four more local governments, bringing the count of number of local governments affected by the disease to 226.  A total of 14,005 suspected cases have been identified from 23 States and the Federal Capital Territory.  The most affected States are Zamfara, Sokoto, Katsina and Kebbi. NNDC also reported that these States are recording drop in number of cases.

Nigerian government has consistently tackled outbreak of vaccines preventable diseases by means of imported vaccines in collaboration with World Health Organisation, WHO.  Vaccination protects children from the sever consequence of vaccines-preventable diseases which could lead to amputation of arm or leg, paralysis of limbs, hearing loss, convulsions, brain damage and death.

If Nigerian government sustained this joint venture agreement with May & Baker in local vaccines production in the country, it is predictable that by means of vaccination, the number of cases of several infectious diseases would drastically decline in the country.

Outbreak of preventable diseases occurs when parents are unable access vaccination for their children or decided not to vaccinate.  Infected unvaccinated children spread diseases to other children.  If government’s commitment to produce vaccines locally in the country breaks through, then Nigeria would have moved some steps forwards in healthcare delivery.

On their part, parents must be committed to improve public healthcare in their communities so as to protect others.  This they could do by vaccinating members of their families.  They endeavour to do everything possible to ensure their children are protected from preventable diseases.  They must take advantage of vaccination, which is the best and safe way to go.