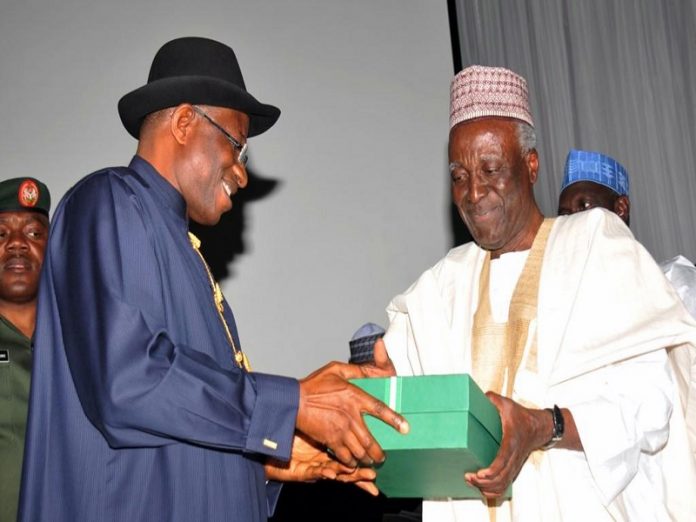 Talk to anybody about the situation in Nigeria in the past two years. Their comments would be on the growing discontent in the land.  Poor governance, excruciating pains of economic hardship, joblessness, rising insecurity and most recently, demands for restructuring the country.  Each time these issues resonate, officials of government and the ruling party shove them aside as side-talks and distractions.

While other developing democracies in Africa are maturing, the future for Nigeria’s democracy and nationhood is daily being threatened. At the center of the threat to Nigeria’s democracy and nationhood are insincerity of Nigerian elites, over-ambitious political elites and bad leadership in the country since the nation gained independence in 1960.

The answers to lingering problems militating against Nigeria’s nationhood are on Nigeria’s doorstep.  Leadership in Nigeria requires good knowledge of the country and sense of history. Nigeria needs quality governance and commitment to deliver good services to the people.  For government to work efficiently, there is the need for better engagements, and the need for a change in attitude.

The present Nigerian elite, political class and leaders still cling to the old-seat-of-the-pants.  They are moving with little regards for systems or procedures that works, that have moved global democracy forward.  For Nigeria, it is about religion, tribe, ethnicity and the winner-takes-all attitude. There is no politics and government of inclusion.

When an election is won, political appointments are lopsided along tribal, ethnic and religious lines. Other very few beneficiaries are in similar coating — favoured tribes men and women, ethnic and religious friends.  It does not matter whether they have experience, working knowledge or have learned the act of how government business is conducted.

The method government business is carried out, presently in Nigeria, entrenches what many described as “mediocrity” and a “cabal” in government – a system where few persons behind the scene manipulate the business of governance.  Whether Nigeria can work together to improve its image in the wider world is a question for the elites, political class and leaders to answer.

The 24-hours successful shutdown of activities in the southeast, Tuesday, May 30, 2017, to mark Biafra Day, after 50 years; was a watershed.  It sent shockwaves across the country. The compliance was total, no pretence.  There was no proactive statement from Nigerian government, immediately, thereafter. Could it be a way of government believing or saying the action was a surface issue or distraction?  Time will tell.

Nonetheless, the sit-at-home order in Igbo land ignited flurry of public comments. According to media reports, the Yoruba Social-Cultural Group, Afenifere, sees the action as an indication of massive discontent about the present Nigerian federation.   Yinka Odumakin said it was interesting the show-down took place the day Nigeria’s Attorney-General of the Federation bragged that restructuring Nigeria will not take place.

Chief John Nnia Nwodo, President General of Ohanaeze Ndigbo, guest on Channels Television programme, Sunrise Daily, Monday, June 12, 2017, said the present restiveness in the country was an indication that the political system was not working.

He took up few key issues indicating high-handedness against the Igbos. He listed the murdered of Igbo citizens in the country and their goods worth millions of Nigeria carted away without response from government.  He also touched on the travail of Ifeanyi Ubah, and the positions of two courts of coordinate jurisdiction, that took different positions on the same matter, the same day, with the same prosection.

Nwodo said the Igbos seek for a Nigeria of equal ownership. Not a country that some believe is their empire, while the rest are seen as their conquered territory. He said the current structure of the country was not tuned for development and wondered by the National Conference of 2014 was not revisited.

It seemed the present government has aggravated the situation.  Nigeria, today, appears as if there is no government in place to care for even basic issues. Not to talk of weightier matters. The country lacks leadership and direction. Hence, the agitation for restructuring keeps resonating, within two years of the present leadership, than in the past.

There ought to be credibility in the business of governance. Managing the economy is in wrong hands, with excuses that government inherited bad economy.  The fight against corruption is not uniformly carried out.  Reconstructing what has gone bad in the hands of previous leadership, would have been evidence of a good government with a vision. Two years in office is enough for President Buhari to lay hold on some achievements.

If President Jonathan was not good enough to continue the job of managing the affairs of Nigeria;  and  a change was desired, President Buhari should live up to the desired change.  Two years on, half of four years tenure, his government cannot lay claim to any area it has benefited the people.  There appears to be no significant achievement by this government.

Restructuring Nigeria is not about disintegration.  It is about the demand for equity among the federating units. Nigerian people, indeed everyone, are demanding equitable usage of the country’s commonwealth in developing their homelands and regions. This is a feasible demand that needs not to be misconstrued.

Nigerian elite, political class and leaders must come to terms with the reality that the demand for restructuring the country may have come to stay.