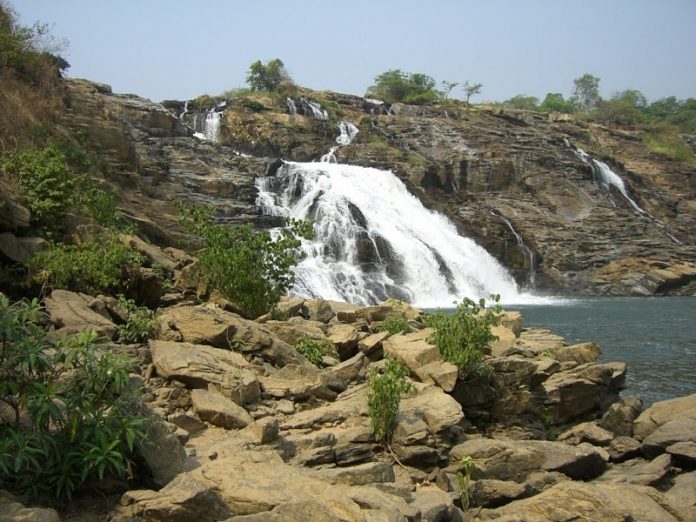 Nigeria’s culture and tourism market are expected to speed up if emphases on developing these products by the federal and state governments are sustained.  If not sustained, experts caution that the efforts to diversify Nigerian’s economy may get to nothing.

Tourism vast economic potentials are seen across the world.  Tourism is placed the fourth largest industry in the global economy.  It is seen as global economic means through which poorer countries can meet development goals.  The present global earnings in tourism run into billions of dollars.

Nigeria is a country tailor-made for tourism.  It has an estimated population of over 170 million people; about 400 diverse ethnic groups, endowed with diverse culture, nature’s wonders, unique wildlife and favourable climate.  Developing tourism industry in Nigeria will create vast employment, alleviate poverty and generate income for communities, local, state and the centre government.

Tourism ensures financial returns to private sector investors.  It serves as mechanism to protect natural resources, the environment and promotes tourism internationally.   The gains of developing tourism industry in Nigeria are huge and unquantifiable.

A recent report credited to Otunba Segun Runsewe, Director-General, National Council for Arts and Culture, NCAC, that Nigerian government plans to transform the nation’s cultural heritage into money spinner, caught deserved attention.   Runsewe did not give clear details of what government will be doing to achieve this objective.

Instead, the DG said government had removed over 250 blind roadside beggars from different parts of the country to Bauchi State for training on skills acquisition.  That government decided to train the blind beggars in different skills to enable them take care of themselves.

“You can only imagine what we can achieve when they support NCAC in its new drive.  So for the first time we will be hosting a national summit on the relationship between traditional institutions, government and the governed”, the DG said. Also that the council signed N300 million MOU with Bank of Industry, BOI, to provide loans for youths and artisans involved in arts and craft.

Runsewe did not state in clear terms, how this will turn Nigeria’s cultural heritage into money spinner for government.  It is not up to individuals, investors, marketers, promoters and sponsors of tourism to interpret government’s good intentions on policy matter.

When former President Goodluck Jonathan appointed Edem Duke, Minister of Tourism, Culture and National Orientation, many see it as well deserved been an insider and a technocrat in the industry. Edem Duke played cutting-edge role in developing tourism in Cross River State.

At different events, Duke sounded very optimistic and reassuring that developing the tourism sector in Nigeria would be a reality during his tenure.  On one of such events in 2012, Duke said “Over the years, the public has been skeptical about the contribution of culture and tourism industry to the development of the country.  So, I want to use this avenue to reassure our small and medium enterprises, SMEs that tourism is in a position to translate their dreams into reality because this industry contributes to every economy in the world and in Africa in particular”.

Late Chief Rasheed Gbadamosi, a former minister, arts patron and playwright was quoted by Arts Lounge to have said “Chief Duke has been enthusiastic about culture and tourism.  He has always been a practitioner, but it is a matter of infrastructural facilities.  He can only achieve his dream when he provides all the basic amenities needed in developing the nation’s tourists sites”.

On his part, late Ambassador Segun Olusola, Chairman, African Refugee Foundation, urged Duke to, as a matter of urgency, work with state governors in identifying untapped potentials for tourism in their respective states.  His words: “We expect good performance from him.  He is a practical person that has demonstrated his experience in tourism.  He is competent and I hope that he will get the right advisers”.

It was acclaimed that the appointment of Edem Duke as tourism and culture minister, Nigeria would soon join other countries that their economies have significantly improved through tourism earnings. But when the man, Edem Duke, who is highly respected in the tourism industry, eventually, exited from office after four years, he left nothing to build on.

To say the least, Duke may have been saddened that not much was achieved during his tenure as minister for tourism, culture and national orientation during Jonathan’s government.

Nigerian government needs to key into the globally thriving business of culture and tourism.  Pragmatic and clear-cut programme should be set out.  Developing the industry requires deepening the understanding of the way the culture and tourism sector is planned and managed.

Representatives of Nigerian government – in the ministries, agencies, boards and parastatals that initiate policies, have the copious responsibility to explicitly explain such policies and clearly state the feasibility of the projects; so as to attract the requisite markets, investors, promoters and sponsors.