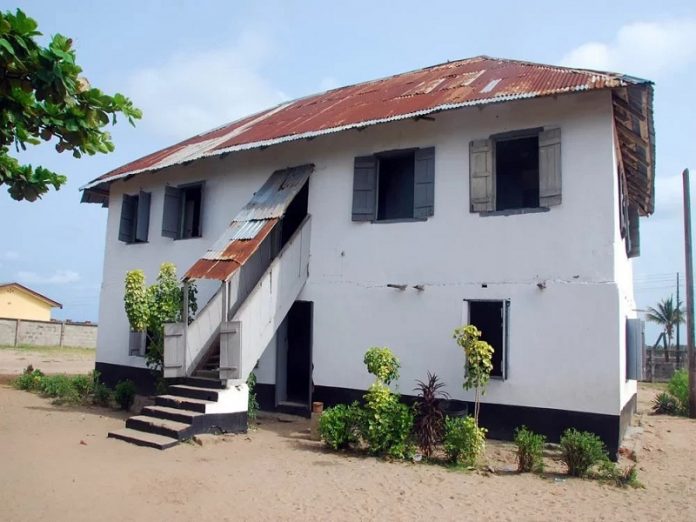 FORTY YEARS ago, Nigeria was uniquely in the eyes of the world when it hosted  the Second World Black and African Festival of Arts and Culture, also known as FESTAC ’77. It was a month-long event, from January 15, to February 12, 1977.  The event showcased African music, fine art, literature, drama, dance and religion.  It attracted about 16,000 participants from 56 African countries in Diaspora.

The events took place in then, Nigerian capital, Lagos. The royal ivory mask of one of Nigeria’s State capital, Benin, was the emblem of FESTAC ’77.  Nigerian military government under the command of General Olusegun Obasanjo established National Council of Arts and Culture, Festac Village – comprising a house estate of about 5,088 dwelling before the festival commenced, and the National Arts Theatre, Iganmu, Lagos.

Nigeria as a country was at its best as a nation when FESTAC ‘77 was held.  The wealth of the nation overflowed.  Nigeria was never seen, then, as a poor or developing country.  There was no food insecurity – where majority could not afford a meal a day.  In 1977, only a few, if it existed, could not afford three-square-meals a day. Nigeria was at its best in its social and economic life when FESTAC ’77 was held.

There was not much to worry about national security – such as current states of armed robbery incident, kidnapping, insurgent Boko Haram, Niger-Delta militants, Fulani herdsmen genocidal attack on innocent citizens who were doing  their legitimate business of farming in their own farmlands, political instability and Nigerian elite’s divisive influence.

About a week ago, Tuesday, June 13, 2017, Lagos State government and Nigerian government said they have concluded plans to help about 15 million Nigerians in Diaspora trace their roots back home by means of an event tagged “Badagry Diaspora Festival” scheduled between August 23 and 25, 2017.

Abike Dabiri-Erewa said the festival would provide platform to showcase rich cultural heritage of Lagos State and Nigeria to the world and promote tourism potentials of the country; host the largest gathering of Africans in the world; in addition to putting issues of Africans in Diaspora on the front burner, and many Africans in Diaspora had indicated interest in tracing their roots back home.

Her words:  “United Nations already has declared ten years as decade for Africa, and so within the said decade, Nigeria in particular, and Lagos will be putting up one of the biggest gatherings of Diaspora all over the world that will gather in Badagry later this year”.

She added:  “One of the unique events of the festival is the “Door of Return”.  A lot of people and things were taken out of Africa and Badagry in particular, and so our people in Diaspora would be coming back through that door that we are calling the “Door of Return”, which is the opposite of “Point of no Return”.

Abass’s words:  “This festival is going to be utilized to promote the huge efforts that the present administration in Lagos State has been putting into turning Badagry around in terms of infrastructure, in terms of tourism and so many other things and so this forthcoming celebration falls squarely within our government agenda to promote tourism and also to promote investment”.

He added:  “As you know, we are developing a Sea Port in Badagry among so many other things and so the festival will be a win-win for everybody especially for us in Lagos State”.

What will be the cost implication?  How will the project be funded?   What security arrangement will be in place to guarantee the safety of such huge visitors? Many more questions.  These are enough for now.

Many commentaries, today, see FESTAC ’77 as colossal waste of national resources, even when the event took place in the mist of Nigeria’s plenty riches from crude oil sales at that time. Nigerians then lived good life.  Everything worked well – clean portable tape water was available, good motorable roads, electricity in constant supply, foods available and cheap in the market, Nigerian Naira was stronger in exchange for US Dollars, British Pounds Sterling, among others.

Nigeria is in quandary presently.  There is growing discontent in the land, poor governance has escalated hunger, joblessness, rising insecurity.  Would the masses welcome what they could see as another jamboree?

Developing tourism at the federal and states of Nigeria is not about staging what could be seen as jamboree.  It is about systemic planning and marketing tourism potentials in the country.

Zimbabwe and Zambia co-hosted the 20th edition of United Nations World Tourism Organization, UNWTO, session of the General Assembly in August 2013.  The trilateral co-host agreement was signed by both countries and UNWTO, at their shared border in Victoria Fall the previous year.  It was the second time Africa hosted this auspicious event.  The inaugural session was hosted by Senegal.

The right to co-host the 2013 United Nations World Tourism Organization session of the General Assembly was won by Zimbabwe and Zambia in recognition of both countries’ effort in focusing on tourism as critical to the development of Africa and their countries, and placed tourism among the four mainstays of their economic development. They vigorously pursued the agenda.

These countries and others in Africa are focused on developing tourism without resort to jamborees; but are engaged in strategic tourism development and marketing to other nations of the world.   Nigeria should follow suit.