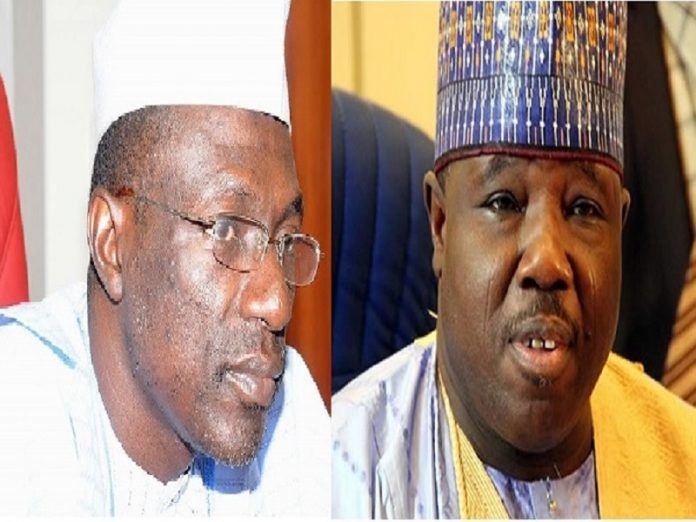 Ali Modu Sheriff, at the moment, after Nigerian Supreme Court, this morning, Wednesday, July 12, 2017, dislodged him as Chairman of Peoples Democratic Party, PDP, would be struck with awe and disbelief of what political twist of fate present to him.  The Supreme Court held that PDP Port Harcourt Convention that removed him as the Chairman of the party was validly held.

Five-man Supreme Court Justices, led by Chief Justice Walter Onnoghen reinstated Ahmed Makarfi, the National Caretaker Committee Chairman of PDP, who was removed by Port Harcourt Appeal Court. Justice Bode Rhodes-Vivour read the judgment.  He stated that contrary to majority judgment of the Appeal Court, the suit filed by Makarfi faction before the Federal High Court in Port Harcourt was not an abuse of court.

The Supreme Court further stated that the National Convention of PDP of May 21, 2016, that removed Sheriff as the party’s chairman was rightly and constitutionally held according to the party’s constitution. The apex court held that the convention acted right, and in no way breached any aspect of the PDP’s constitution by the appointment of Makarfi led National Caretaker Committee.

The politics and drama of Sheriff’s chairmanship of PDP, and his eventual removal by the Supreme Court, would serve him few lessons. First, the game of politics is about give-and-take – symbolizing the principle of flexibility. Second, it is most beneficial to be honoured than be disgraced. Third, leaders are different from politicians – a leader sees beyond personal interest, he sees more of what will benefit the larger interest.

Before, as well as after Appeal Court judgment gave PDP Chairmanship position to Sheriff, several peace moves for political solution to the party’s leadership tussle were botched by Sheriff.

Former President Goodluck Jonathan, Thursday, April 6, 2017, convened all stakeholders’ peace meeting to address and possibly resolve the leadership crisis in the party, at Shehu Yar’Adua Centre, Abuja. Ali Modu Sheriff walked out of the meeting.  Jonathan addressed journalists after the exit of Sheriff and his team, and described what took place at the meeting as unfortunate.

At the peak of the PDP leadership crisis, Sheriff, visited Olusegun Obasanjo at his Hilltop Residence, Abeokuta, Saturday, September 3, 2016 and held a closed-door meeting with the former president. As they emerged from the closed-door meeting, Obasanjo told journalist that the PDP under Sheriff was a “dying baby” that needed intensive care, and Sheriff might just be the “undertaker”.

Obasanjo himself, in a most audacious manner, must have set the stage for PDP to become a “dying baby”.  In a dramatic display, Monday, February 16, 2015, Obasanjo tore his PDP membership card and renounced his membership of the then ruling party. With Obasanjo’s action of brazenly destroying his party membership card that provided him ticket to presidency for eight years, the PDP “Undertakers” took over.

With the sacking of Sheriff and reinstating Makarfi as PDP Caretaker Committee Chairman by Nigerian Supreme Court, democracy in the country may be on its way to striving if PDP becomes a strong opposition party. After two years in office, the ruling APC government is romancing its claimed blue print for national development.

During Obasanjo’s closed-door meeting with Sheriff he said:  “For our democracy to thrive we need strong political party in government and strong political party in opposition.  Today, PDP cannot claim to be a strong party in opposition.  I don’t know if APC can claim, at the national level, to be a strong party in government either.  That is part of the misfortune of this country, today”.