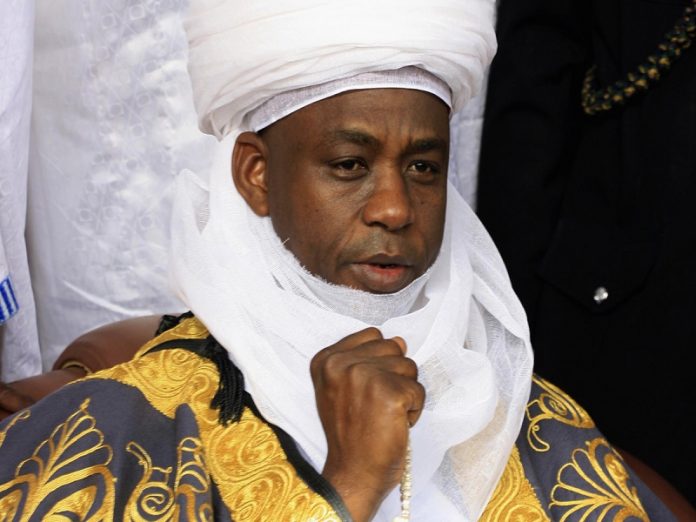 It must have throbbed Nigeria’s northern governors to hear their illustrious own, Sultan of Sokoto, Saad Abubakar, described them as lazy and uncommitted to governance that would develop the northern region and benefit their people.  It was at a joint meeting of the Northern Governor’s Forum and Traditional Rulers held at Sir Kashim Ibrahim House in Kaduna, Thursday, July 27, 2017.

This was not the first time such cutting remarks would be made about the northern governors’ lack of commitment towards providing leadership that would develop their environments to enhance social and economic wellbeing of people in the region.  This may not be the last.  Except that the governors must see this latest comment from Sultan Saad Abubakar as clarion call to hit the ground running.

Sultan Abubakar said: “During out last meeting six months ago, we spent a lot of time to discuss many things, but from the earlier discussion is the north much better now than we were six months ago?  If yes, it means we are making progress, if no why?”

And added:  “All that has been the problem is to implement decisions taken at such a meeting by everybody.  I think we are not short of solutions to all our problems, what we are short of, all of us, is sincerity and commitment to really do what we say publicly.  If we don’t change, our situation will continue to get worse.”

The Sultan’s hard position is understandable. The dwindling economic fortunes in Nigeria’s northern region and non-existence of articulated developmental programmes over the years; to take the region out of the woods call for serious concern, not only to Sultan Saad Abubakar, but to northern leaders and political elites.

Virtually all the industries associated with the economic height in the north region have disappeared. Agriculture, which the north has comparative advantage has not been given deserved attention to commercialize it.   For years now, New Nigeria Development Company, NNDC, the 19 northern states conglomerate has no meaningful corporate strategic development plans to enhance the wealth of the region.

Muazu Babangide Aliyu, in 2013, then Governor of Niger State and Chairman, Northern Governors’ Forum, on behalf of his colleagues in the 19 northern states bewailed the dwindling fortunes of the North. This was at the opening of three-day retreat for the management of NNDC.

Aliyu’s words:  “The wealth of the people is the collective productivity of those people, because we have abandoned that which is our comparative advantage and we have not commercialized agriculture.  The North has been relegated to the back ground in contributing to development and the wealth of the nation.”

NNDC’s real estate, as at 2013, according to Aliyu was about N15 billion, which could generate N100 billion.  Aliyu said:  “Many of us in our states may have taken NNDC for granted, because we don’t know what it is or what it is supposed to be doing.”

The northern governors requested the management of NNDC to overhaul the economies of States in the region for meaningful and purposeful contribution to national development and growth. As well as develop five-year strategic development plan and ensure agriculture sector of northern economies was rejuvenated.

Sultan Saad Abubakar’s message was not only for the governors.   He said:  “I should remind us, so many of us who are also religious leaders to be cautious over inciting utterances and ambiguous words on issues that shouldn’t have been brought up.”

He commended some northern governors working hard in areas of education in the region.  He said traditional rulers in the region would collectively ensure the north becomes an envy of the rest of the world.

His words:  “But we have to and we must be up and doing.  We must throw away our lazy attitude because whatever problems we have in our region, we are more educate to find solution to them.  I assure you of our support, and you must continue to see us – traditional rulers – as partners in this long and tough journey to emancipating our people from the grip of poverty and lazy life”.