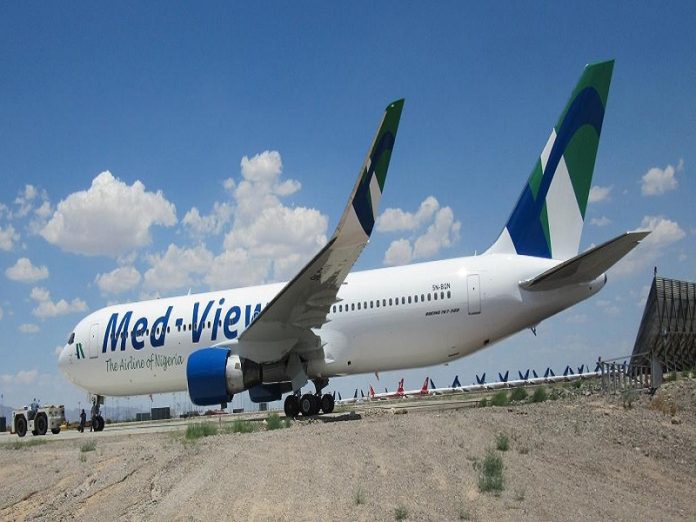 Economic growth of Med-View Airline shown by figures recently announced to shareholders at the annual general meeting by the Managing Director Alhaji Muneer Bankole could be cheery.  He said the company’s growth in the aviation industry had continued with accelerated efforts that have made the airline stand out significantly among her contemporaries.  Med-View is the only airline listed on Nigerian Stock Exchange, NSE.

The airline’s mid-year [ended June 30 2017] performance records showed a growth of 27 percent profit after tax of N857 million against N672 million the same period in 2016.  Gross revenue grew by 48 percent from N8.7 billion to N13.007 billion in 2017.  Operating cost rose from N7.748 billion to N9.982 billion as a result of rise in the cost of aviation fuel and cost of lease of aircraft for local operations.