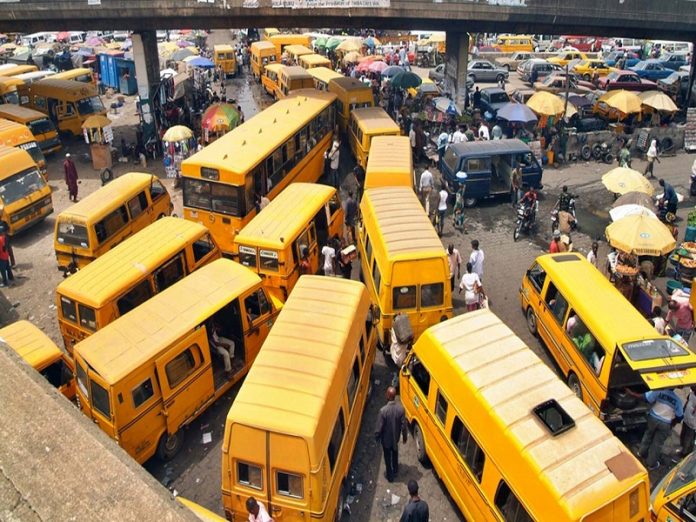 “Danfos” [Lagos Yellow Busses], Lagosians leading means of transportation for decades, may be out of business in Lagos State in the next six months, according to Lagos State Governor Akinwumi Ambode.  The government’s Bus Reform Initiative programme will phase out the yellow buses with first set of 5,000 new buses within the next six months to enhance integrated transportation system that would grow the state’s economy.

Answering questions from students of Harvard Kennedy School of Government, United State of America visited the Governor in Lagos House, Ikeja, Ambode said his government would revolutionize transportation in Lagos to improve daily commuting system of 23 million Lagosians.  The government decided in the last one year to integrate rail, road, water and air transportation systems to improve connectivity in the State, and required partnership to actualize it.

Akniwumi’s words: “Right now, we are cleaning out all the yellow buses you see in the state.  As we proceed in the net six months and a span of three years, we are introducing 5,000 new buses of European standard to actually clean up the city because, if you want to grow the economy of Lagos, transportation is key and then it’s a major infrastructure for tourism itself”.

The Governor said there has not been comprehensive planning to integrate all modes of transportation to make it easy.  “There are eight million people walking on the streets of Lagos every minute, did we create more points for them?  The answer is no.  We have one-fifth of the state on water; are we doing effective water transportation?  The answer is no.  The rail system is still under construction in such a way that it can move mass number of people from one point to another. That is why we have a whole lot of congestion on the road”.

Ambode said government has intervened to improve road transportation network by creating more bus terminals and lay-bys bus stops for smooth take-off of the Bus Reform Initiative. The reform in water transportation was ongoing and government was working on take-off in the next six to nine months.

Exiting yellow buses from Lagos roads and replaced with government integrated transportation system as Ambode sets to do in Lagos is well intended.  Incontrovertible is that Lagos traffic situation is chaotic, unplanned, frustrating even present health hazard to the teaming commuters.

The growth and domination of yellow buses in Lagos state over the decades, as well in other states of Nigeria that operates “danfos” are the result of government[s] neglect of the sector over the years by not providing necessary transport system for rapidly growing population.

Private transportation owners that have bridged the gap these years of government neglect needs be factored into Ambode’s Bus Reform Initiative.