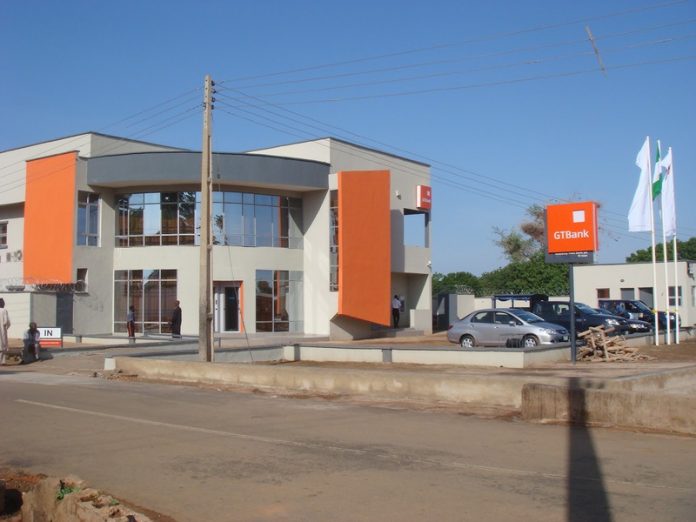 The bank’s gross earnings for the period grew by two per cent to N214.1 billion from N209.9 billion in June 2016.  The bank said this was driven primarily by growth in investment securities income as well as income from risk assets.

GTB closed the half-year performance with Total Assets and Contingents of N3.75 trillion and Shareholders’ Funds of N538 billion. Return on Equity, ROAE, and Return on Assets, ROAA, stood at 38.8 per cent and 6.4 per cent respectively.  Interim dividend of 30 kobo per ordinary share of 50 kobo each for period ended June 30, 2017, according to the statement has been proposed.

Mr. Segun Agbaje, Managing Director/Chief Executive Officer, GTB, said the result showed positive growth across all key financial metrics and improved strategic positioning of the brand.  His words: “Our strong performance in the first half of 2017 reflects the strength of our businesses, the quality of our past decisions and the success of our efforts towards becoming a digital-first customer-centric bank that offers simple and easily accessible products and services”.

Agbaje said: “Despite the challenging environment of slow economic growth, we focused our resources on strengthening relationships with our customers, creating business platforms that seek to add value across all customer segments, whilst consolidating our leading position in all the economies in which we operate.”