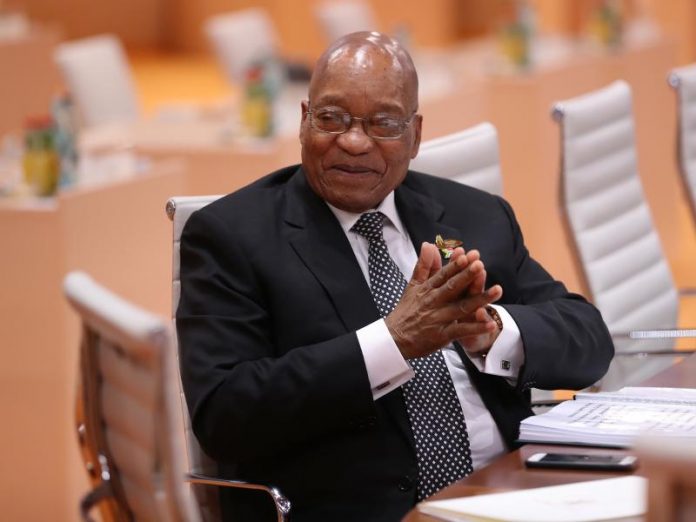 Time for Jocob Zuma, sitting President of South Africa to honourably exit as president of the country thickened, Tuesday morning, when ANC’s Secretary-General, Ace Magashule and his Deputy Secretary-General, Jessie Duarte, delivered to Zuma, the decision of the party’s highest decision making organ to sack him from office.

ANC’s decision to recall Zuma was taken after long-hours meeting, Monday night, which stretched into early hours of Tuesday.  Monitored report said at some points during the meeting, Cyril Ramaphosa, ANC President, stepped out of the venue of the meeting, at St. Georges Hotel, outside  Pretoria, to confer with Zuma. The meeting lasted another three hours, thereafter.

The two party officials were said to have arrived Zuma’s official residence in Pretoria, Tuesday morning, and spent about 90 minutes with President Zuma.  The governing ANC party scheduled news conference on Zuma’s removal from office later on Tuesday.

It has been uneasy calm for Jocob Zuma, the past months, since his African National Congress, ANC, ruling party, changed leadership, with Cyril Ramaphosa stepping-in as the new party president in December 2017. As two captains, it is often said, cannot steer a ship, ANC party supporters rallied support for Zuma’s removal from office as President of South Africa.

At the same time, opposition leaders have intensified lobby for Zuma to be shown the way out of the presidency. Vote of no confidence has been passed on Zuma’s presidency.  It is alleged that President Zuma has been running corruption ridden government, driving the country’s economy to stagnation, while the ANC was losing public support.

It has been mixed-reactions within the ANC whether Zuma should go or not.  Tuesday, February 13, the shocker came for President Jacob Zuma.  He bowed to pressure and agreed to resign.