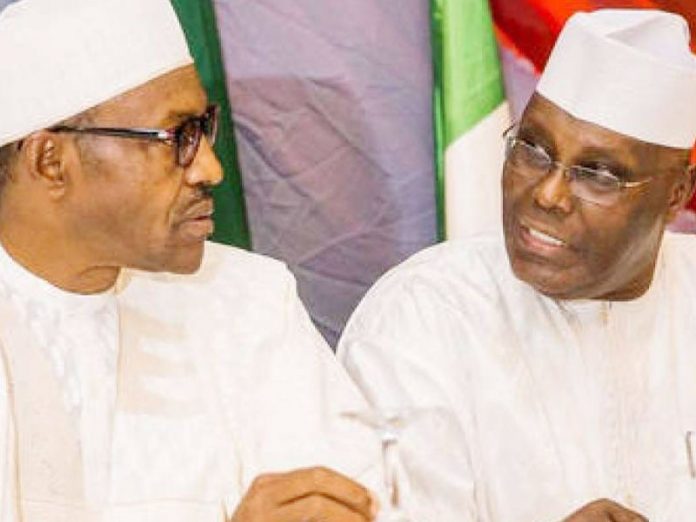 LATEST EDITION OF LONDON ECONOMIST “The World In 2019”, in assessing the likely outcome of Nigeria’s 2019 presidential election, predicted that opposition coalition may collapses before 2019 general election, and this may give way for re-emergence of incumbent President Muhammadu Buhari.

Economist appraised that: “The president, Muhammadu Buhari, will win re-election in February, as a new opposition coalition may collapse before the vote”.  It further stated:  “Given the outlook for continuing political weakness, there is little prospect of progress in the fight against the Islamist insurgency in the north, nationalism in the oil-producing Delta and secessionism in the Biafra region”.

Nigerian masses with informed opinion on political, economic and social trends in the country may view The Economist Magazine’s prediction as inconsequential. Nigeria has nurtured democracy for 16 years up to 2015, when President Buhari was elected president.

Over three years in office, from May 29, 2015, when President Buhari’s ruling All Progressive Congress, APC, has been government, and running up to 2019 general elections, the country is beset by upheavals and down-turn in almost all sectors of its national life – complete departure from the seeming gains of the past – no matter how marginal. And the country’s democracy is tottering.

PERFORMANCE is the key index to public trust which President Buhari holds on behalf of citizens of the country.  Close to four years of the life of his government, public trust has waned.  Economist Magazine could better have assessed Buhari’s government based on performance on Economy, Security and Fighting Against Corruption – which is the anchor of his government, evaluate the results and chances of being re-elected.

During re-election campaign, The Economist would have also appraised Buhari on what he would be telling Nigerian electorates about his “Next Level” on the Economy, Security and Fight Against Corruption? Thorny issues of Restructuring Nigerian To Workable State, Enhanced Electricity, Health Care System, Education, Job Creation, Labour and Social System, Sufficiency In Food Production, among others.

Separate report by Economists Foreign Correspondent, Aman Rizvi, distanced himself from the official position of his magazine. He said the election will be close, with the PDP having a slight edge.  Rizvi said: “Mr. Buhari’s approval ratings have languished below 50 % for most of 2018. Ominously, he has been hit by a wave of defections to the PDP”.

He said: “Desertions to the APC four years ago, by many of the same people, felled ex-President Goodluck Jonathan. Mr. Buhari’s electoral opponent in 2019, Atiku Abubakar, is one such double-turncoat. He is also a septuagenarian, billionaire businessman, former vice president and three-time presidential aspirant”.

“With Mr. Abubakar distrusted for his wealth and opportunism, the election will be close. Its outcome will hinge on who arouses less apathy.

“So, who will win? Many Nigerians do not care. The back-and-forth floor-crossing has convinced them that the same people will be in charge either way. The PDP holds a slight edge, if only because expectations for Mr. Buhari were higher and his failure to meet them was more recent.”

ATIKU ABUBAKAR, presidential candidate of Peoples Democratic Party, PDP, responded, that Economist Magazine failed in objectivity, balance and fairness in arriving at its prediction. Phrank Shaibu, Special Assistant on Public Communication and Strategy to Atiku, said the forecast was a “poorly-executed hatchet job”.

Shaibu’s statement said: “The political camp of the PDP presidential candidate has described as a poorly-executed hatchet job, the prediction by The Economist of London, in which the magazine put on the garb of a partisan and made no pretenses to professionalism while predicting that President Buhari will win next year’s poll”.

“With the tacit endorsement of President Muhammadu Buhari for a second term, in its current edition, the erstwhile influential news magazine has hit a new low by throwing all pretences to the wind to take up the job of presidential spokespersons.

‘’It is common knowledge that the Economist’s fortunes have taken a nosedive in recent months with its flip-flop on issues, especially as it pertains the upcoming presidential election in Nigeria.  But the magazine hit a new low in its current edition, The World in 2019, where it made projections of issues and events that will shape the year 2019 across many countries including Nigeria”, the stated added.

Shaibu said it was scandalous that the magazine predicted victory for APC candidate even when, in another breath, it said Buhari’s second coming portends disaster for Nigeria. It was equally strange that the magazine whose Intelligence Unit predicted that Atiku will lead the new government come 2019, now made U-turn to endorse President Buhari, he added.

‘’But we hasten to say that with or without the endorsement of The Economist or any news medium for that matter, we will defeat Buhari fair and square,” he said.

Shaibu said when on May 29, 2019 Atiku Abubakar is sworn in as the President of Nigeria, The Economist will have to look elsewhere for patronage, since there will be no more room for cash and carry forecasts, and fully-paid for endorsements.

Lanre Issa Onilu, National Publicity Secretary of the All Progressives Congress, APC, on his part said: “I will say that The Economist is just living up to its reputation. What the magazine has said is not new to most Nigerians; it is a report of the reality.

His words: “I am not surprised that PDP did not find the report palatable. For a political party that has been living in denial, instead of addressing issues as copiously enumerated by The Economist, PDP has chosen to behave like a baby whose toy has just been taken away from him or her”.

Given the indexes on ground, the call on who becomes Nigeria’s next President  in 2019, between Buhari and Atiku will be very close. Certainly, not on The Economist very simple prediction that “opposition coalition may collapses before 2019 general election, and this may give way for re-emergence of incumbent President Muhammadu Buhari”.