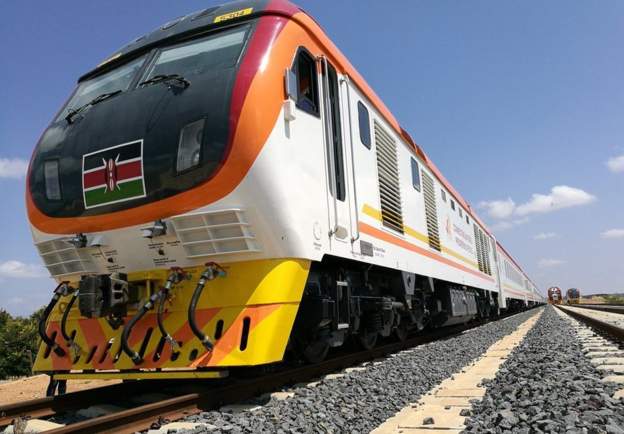 ON BOARD A TRAIN RIDE, Wednesday, were Uganda’s President Yoweri Museveni and Uhuru Kenyatta of Kenya.  Museveni travel on a Chinese funded railway line from Kenya’s coastal city of Mombasa to the capital, Nairobi. He was accompanied by his Kenyan counterpart Uhuru Kenyatta – an exercise undertaken by the two leaders to strengthen ties between both countries.

Museveni was on state visit to Kenya. He was reported to be the first visiting head of state to take the Makadara Express train on the new Standard Gauge Railway from Mombasa to Nairobi in Kenya. Museveni and his host Uhuru Kenyatta held discussions that focused on strengthening political, social and economic ties.

“I thank President Uhuru Kenyatta for inviting me on this visit. I must commend him for his Pan-African credentials and working tirelessly towards easing trade between Kenya and Uganda. I think his appreciation of these issues has to do with his background in business”, Museveni said, Wednesday.

He said the railway line was built at the cost of $3.2bn equivalent of £2.5bn, and would end what he described as “landlocked Uganda’s perennial problems of delays of cargo” at the port of Mombasa.   Museveni said he hoped it would be extended to Uganda’s capital, Kampala.

Museveni was quoted by The East African as saying: “With reinforcement for inter-land economy, we are looking forward to the extension of the Standard Gauge Railway, SGR.  I know that once completed it will take 24 hours to Kampala”.

Kenyatta commended government and people of Uganda for their trust and continued use of the Port of Mombasa.  “I wish to express my government’s full commitment to continue improving service delivery at the Port. I am pleased to report that the time taken to transport cargo between Mombasa and Nairobi has significantly reduced with the full operationalization of the Standard Gauge Railway, SGR, between Mombasa and Nairobi”, he said.

Kenyan leader invited his Ugandan counterpart to join in the development of the SGR to ensure the rail line continues to Kampala as proposed. Kenyatta opened the railway line, May last year.  He sees it as new chapter in East African state’s history.

The railway line is Kenya’s biggest infrastructure project since independence from UK in 1963. The project was not without controversy. Two senior Kenyan government officials were charged in court with fraud in August last year over the railway project.

The two officials were accused of paying more than $2m compensation to private firms which falsely claimed to own land through which the line is build. The officials and 15 other accused pleaded not guilty to the charges.