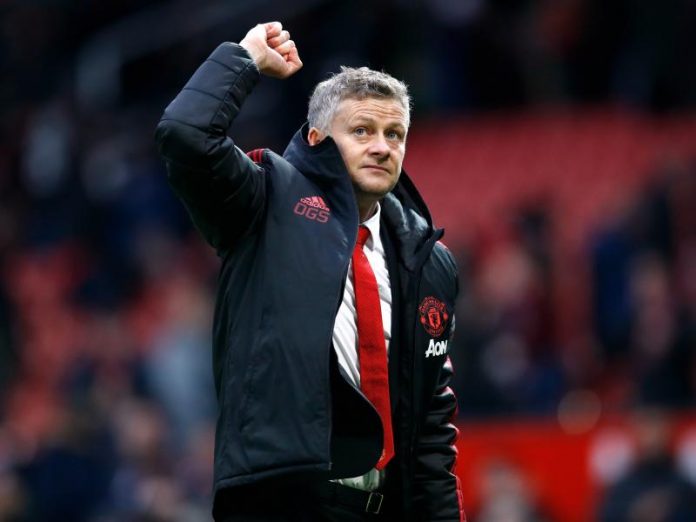 OLE GUNNAR SOLSKJAER, 46, Norwegian, has earned his appointment as substantive Manchester United Manager on three-year contract.  In December 2018, he arrived Old Trafford as interim manager in replacement for sacked Jose Mourinho. He must have won himself into the hearts of the Directors and fans of United Club across the world.

Solskjaer took charge of United when the club was sixth in the Premier League table and 11 points far-off from the top four. He has lost only once in 13 league games – to Arsenal in March, since being in charge. United are now two points behind the London club, who occupy the final Champions League qualifying spot.

Ed Woodward, United Executive Vice-Chairman, said Solskjaer’s appointment was “richly deserved”. He said: “Since coming in as caretaker manager in December, the results Ole has delivered speak for themselves. More than just performances and results, Ole brings a wealth of experience, both as a player and as a coach, coupled with a desire to give young players their chance and a deep understanding of the culture of the club.”

Solskjaer has become United’s first manager to win his first six league games, against the record held by Sir Matt Busby. In a brilliant performance, in the on-going Championship League, United got the quarter-finals ticket in March, first time since 2014. They upturned 2-0 first-leg deficit against hot rivals, Paris St-Germain on home soil.

Delighted Solskjaer said: “This is the job that I always dreamed of doing and I’m beyond excited to have the chance to lead the club long term. From the first day I arrived, I felt at home at this special club. It was an honour to be a Manchester United player, and then to start my coaching career here. The last few months have been a fantastic experience.”

Solskjaer is United’s fourth substantive manager after Sir Alex Ferguson’s retied in 2013.  David Moyes took charge and was sacked in his first season as manager. It was followed by Louis Van Gaal. He was sack after two seasons in charge – though won the FA Cup in his final game. Jose Mourinho won double in his first season – League Cup and Europa League and secured second spot – runners-up in the Premier League in his second season.

United’s points, early this season while Mourinho was in charge, seemed as if the club was heading to bottom of the league table than looking up. United scored just 29 goals in their opening 17 Premier League fixtures, and conceded 29. Fans apprehension and criticism followed Mourinho’s uninspiring performance, which led to calls for his sack.  Eventually he was sacked, and Solskjaer took charge.

Solskjaer’s first match at Cardiff, with inspiring 5-1 winning margin, within weeks of been in charge, raised hope and fans confidence in the club that it could get back to reckoning this season. The win at Cardiff was highly motivating to United players, fans and likely the Directors of the club.

United victories over Tottenham, Arsenal and Chelsea that followed, were further tonic. Attacking pattern of football returned to the club, against Mourinho’s negative defensive style of play.

The task on Solskjaer as United substantive manager is huge. All eyes are on him.  He should continue with the trail blazing performance he has set for himself that earned him the United Manager’s job, or he could go the way his four predecessors went.