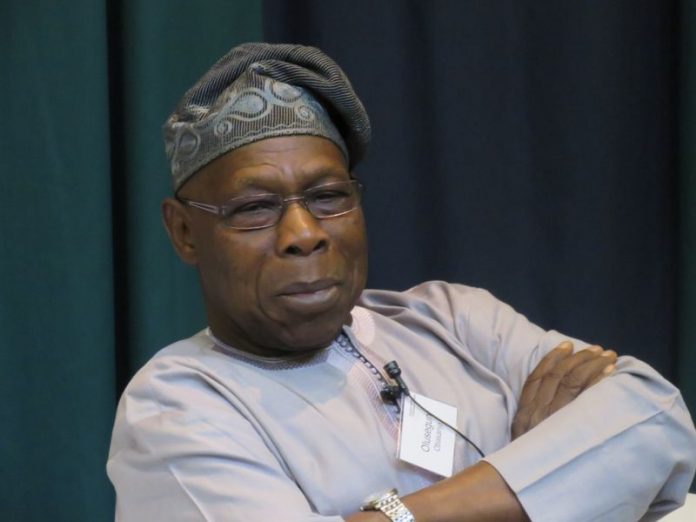 NEPOTISM, ANY FORM IT MANIFESTS – ethical, political, economical and social – degrades people and any nation. Nepotism in leadership, reverberated again from former Nigerian President Olusegun Obasanjo, at the gathering of investors, at the ongoing yearly meeting of African Export-Import Bank, Afrexibank, in Moscow.

Obasanjo described corruption and development as “strange bed fellows”, and charged leaders not to mistake corruption to when money, goods and services are involved. Nigerian government, led by President Muhammadu Buhari got the sting of Obasanjo’s renewed charge, that nepotism is a canker-worm to a country’s development.

At different public statements, Obasanjo has associated President Buhari’s government with “nepotic” conflagration, that could consume the country, if not checked, by favouring section of the country with appointments, and prejudice in the fight against corruption. He also accused the government of fiscal indiscipline.

Obasanjo said: “Nepotism is a form of corruption and condoning what is bad is a height of corruption. Lack of fiscal discipline is corruption. So, corruption and development cannot meet. You must eschew corruption to make sure that you make significant progress. Fighting corruption is not a matter of do it today and tomorrow you are absent. It must be consistently fought. There must not be sacred cows, and it must be comprehensive and inclusive”.

On the delay in Nigeria’s endorsement of African Continental Free Trade and Agreement, AfCFTA, seen as the largest free trade agreement in the world, Obasanjo told investors that while there is no confusion on what the agreement is, the private sector operators became disillusioned over the government’s alleged inaction and poor consultations after it had taken the lead in the design and implementation.

Obasanjo is optimistic that Nigeria would sign the agreement before July 7, launch in Niamey.   His words: “Nigeria will not be absent at the launch of the AfCFTA. But I see no reason why Nigeria can be present at the launch when it has not signed the agreement. It is out of place. Eritrea and even Niger and Benin who are our neighbours have signed, and Nigeria is counting itself out.

“If you heard the statement of the permanent secretary in the Ministry of Trade today, there is nothing more beautiful than that, but he is not a policy maker, he is a policy executor. He will have to go home and tell the policymakers that he made the right statement, so it’s now their turn for action. I hope that when he gets home and says it’s time for right action, they will follow through”.  Obasanjo noted.

Gabriel Aduda, Permanent Secretary, Political and Economic Affairs, Office of the Secretary to Nigerian Government, had earlier, told the investors that the delay by government, was not indication that government doubted the initiative. But that government was considering the consequences of ongoing re-negotiations. He said Nigeria wanted to ensure that some protective steps were in place, so that the country does not become dumping ground.

Aduda said: “With time, Nigeria is going to sign. But we have to do what China did, even with the world trade agreement – they gave a condition. And that is what we are going to do. You do not expect a country like Nigeria to be given the same size of cake with a country like The Gambia, even though we are all in Africa.

“You cannot just go ahead and enter into an agreement with a neighbouring nation without looking at who is standing behind that nation. How are you going to protect yourself?  Though we need a free and fair deal, how also do we protect ourselves to ensure that we do not just become a dumping ground? These are some of the issues we are looking at, at the moment. Absolutely, we are coming back to the table to say, “this is what we want,” Aduda assured.

He said: “Russia is building a long-term relationship with Africa and has become a shareholder in Afreximbank. To give an additional impetus to all our cooperation, including commercial and economic, it was decided to jointly organise the first Russia-Africa summit in October 2019 in Sochi.

“We are waiting for African Heads of State and Government, leaders of the African Union and other major sub-regional organisations to key into our partnership and hope that Afreximbank will contribute to the substantial content of the economic part of the programme, which seems very solid,” Sergey Lavrov said.