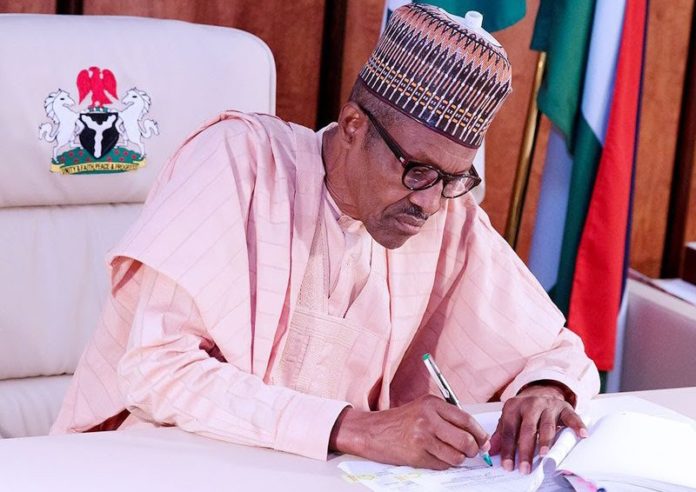 NIGERIA’S ECONOMY, COULD, STRATEGICALLY, be looking up, for the first time, in President Buhari’s administration, since May 29, 2015, when he was elected president of Nigeria, with the president’s appointment, recently, of Economic Advisory Council, EAC. While other economies in Africa are maturing, the future for Nigeria’s economy has just been created, after four years in office. The eight-member economic team is headed by an economist, Professor Doyin Salami, as Chairman.

Nigeria, with its enormous wealth, is a nation in a hurry to breast the tape of development. Years of leadership deficit in the country, have impacted negatively on national development. President Buhari’s first four years in office made no difference. Economic experts believe, the economic situations in the country, worsened under his watch.

Unemployment, debt profile, prevalent high poverty level, among key indexes to determine good governance and economic growth, deteriorated in the country in the past four years, according to experts.  Nigeria, in every ramification to measure good governance, is in an emergency situation.  Over 90 million Nigerians are believed to be living below $2 dollars daily. These Nigerians need to be lifted out of poverty line.

President Buhari’s second term, by words and actions, should match the mood of the nation.  Move with the speed of light with competent leadership, and provide directions toward national development.

President Buhari will miss golden opportunity to reclaim his leadership image, as a none performing president, if he fails to work with Economic Advisory Council, EAC, he appointed, and copiously follow professional advice initiated by EAC to lift the economy out of the woods and move the country forward.

Femi Adesina, Special Adviser, Media and Publicity to the president’s, statement on the appointment of EAC, said the body would advise President Buhari on economic policy matters. Which include fiscal analysis, economic growth, range of internal and global economic issues, working with relevant cabinet members and heads of monetary and fiscal agencies.

There is the power behind the scene in Buhari’s government that the Economic Advisory Council, EAC, is to be mindful. This powerful faceless informal technocrats in government corridor, have been behind this government’s untrusted and unpopular policies and decisions. They have no official national agenda for the country and operate against national interest.

The names often alluded to the group are “mafia, cabal or kitchen cabinet” in the presidency. Against known and tested economic and political strong principles that will enhance democratic good governance, the group endeavours to impose its will on Nigerians.

Buhari’s EAC has attracted goodwill comments from economy watchers. Manufacturers Association of Nigeria, MAN, commended President Buhari for the establishment of the Economic Advisory Council, EAC. MAN said it was timely, and reflected Buhari’s determination to re-energise the management of the economy.

MAN called for critical and comprehensive review of current policy initiatives “that drive the actions of government and immediately do the needful to harmonise the outcome and craft an agenda that will guide the management of the economy going forward”.

MAN’s Director-General, Segun Ajayi-Kadir’s statement further said, Nigerians, and indeed, the organised private sector, were highly desirous of such an effective and knowledge-driven team to provide the lead on the economic front. The beauty of EAC team, apart from their pedigree, MAN said, was their private sector and citizen composition, and independence.

“They are not shackled with the bureaucracy of government and hopefully the political interference and correctness of our clime. They are more likely to be receptive to a wide range of opinions and innovations, even if deferring from the norm,” the statement noted.

AfCFTA, according to MAN, is the most pressing preoccupation of continental economic actors in Africa. The right composition of the committee would augur well for the right synergy with the council to boost Nigeria and Nigerians’ chances of being net gainers in the continental free trade area.

Osinbajo’s EMT, analysts observed, made no significant impact to grow the nation’s economy.  Four years of Buhari’s first tenure as president, the EMT, seemed to have stagnated the economy. From the web of a stagnated economy, now comes an Economic Advisory Council, EAC, made up of economic experts.